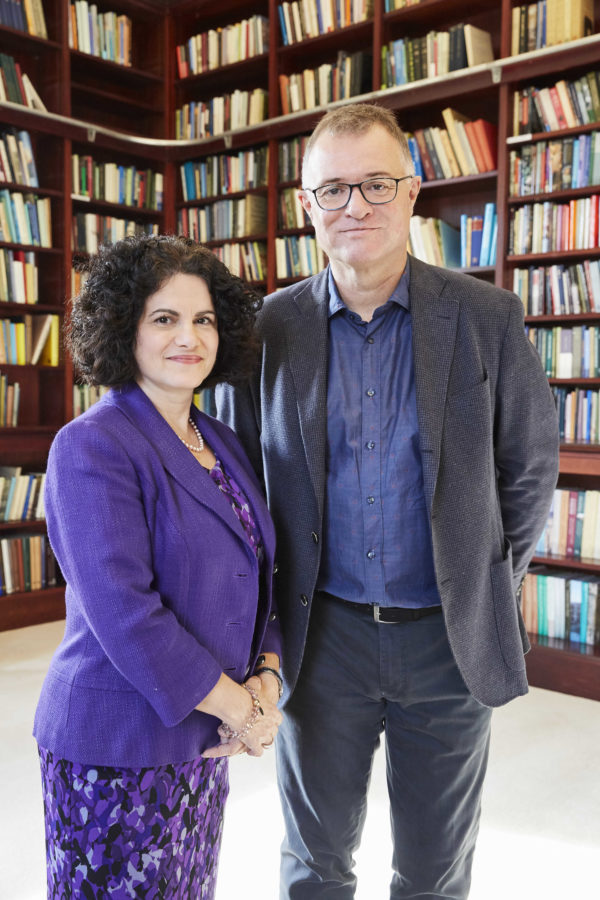 Mark Gilbert, Professor of History and International Studies at the Johns Hopkins University, on his experience as 2018 Chair of the Jury - and why the Cundill History Prize fully deserves the jury's hard work

In April 2018, Antonia Maioni, Dean of Arts at McGill University, emailed me and asked me to chair the jury for the 2018 Cundill History Prize.

My first thought was “Why me?” I had never chaired anything in my life and, in any case, I had always vaguely assumed that literary prizes were the province of the glitterati in publishing and the media. After a few days’ thought, I nevertheless said I would do it.

Why? First and foremost, the prize itself. I had by then checked out the website and had been struck by the seriousness of purpose that it conveys. The Cundill History Prize really does want to promote accessible history writing. Everything that happened over the next six months, until the award of the 2018 prize to Maya Jasanoff in November, confirmed me in this conviction.

Professionals to their fingertips

The second reason was personal, even self-indulgent. I had a sabbatical scheduled for January-June 2019. Six months of relentless research and writing loomed. I thought the prize would be an entertaining diversion before the Big Push. A way of unleashing the suppressed dilettante in me. I would read interesting books on subjects far removed from my own field and experience the novel sensation of being a judge. It would be a holiday, albeit a challenging one.

I soon discovered that being a dilettante would not be enough and that judging the prize would be anything but a vacation. My fellow jurors - Carol Berkin, Caroline Elkins, Peter Frankopan, and Jeffrey Simpson – were professional to their fingertips. They juggled the prize with impossibly busy schedules and never missed a deadline. When we discussed the books on the preliminary list and the longlist by conference call, they were fair but very frank in their assessments of the books that had been selected. It was a very un-woolly jury, to my relief. Nobody “sort of liked” a book – everybody typically gave two or three cogent reasons for or against a book’s inclusion or exclusion.

We did collectively regret that there were so few books dealing with the world outside of the North Atlantic. We were also taken aback by the excessive length of some of the books: giantism—which is ultimately a failure by the author to select—seems to be on the increase.

The exacting task of choosing the best

In fact, my biggest surprise as a juror was how swiftly it became clear that some of the books were objectively better than others. While only one or two of the books that made it to the preliminary list were outright bad; the really good ones, from which we had to choose, stood out in sharp relief. This was in part due to the prize’s criteria, which put a premium on clear writing and accessibility. We were drawn inexorably towards books that had a solid architecture, that told an interesting story and that made an original argument.

We chose the shortlist by conference call in early September and Peter Frankopan and I presented it at Canada House in Trafalgar Square. A month later, we were in London again, this time at the British Academy, to choose the winner and to make the promotional video.

The Cundill History Prize Gala in Montreal in November was the culmination of six months’ hard work. It had been an exacting professional test, not the easy-going transatlantic book club I had, in my innocence, half-expected. Rightly so, I would add. The prize fully deserves the jury’s hard work.

Just before the Gala I published, on behalf of the prize, an article in Canada’s Globe and Mail about the value of history. I compared reading first class works of history to trekking in the mountains. It is strenuous, but it is fulfilling in a way that lazier pastimes are not. The same simile applies to being part of the Prize jury. It was a trek, but an exhilarating and absorbing one. 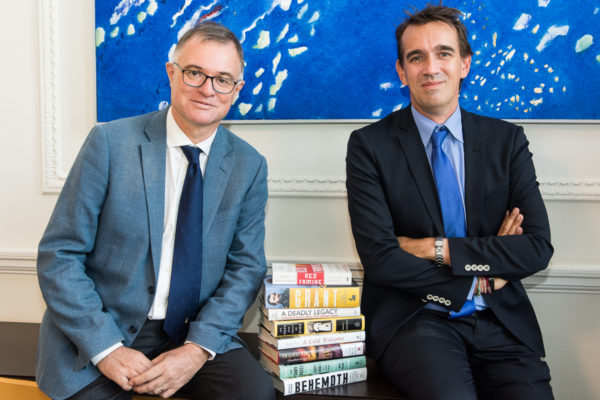 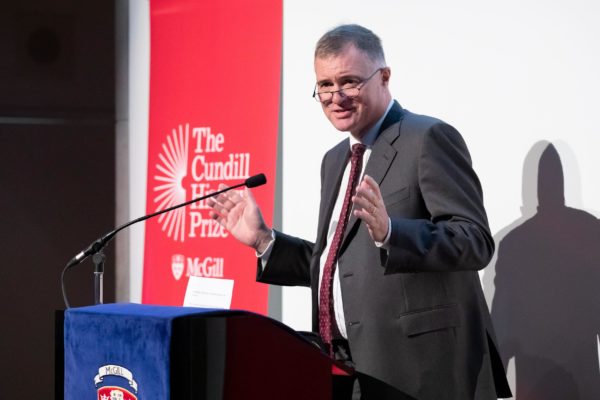 Mark Gilbert is Professor of History and International Studies at the Bologna campus of the School of Advanced International Studies (SAIS) of the Johns Hopkins University. Educated at the University of Durham and the University of Wales (PhD 1990), Gilbert previously taught at Dickinson College, the University of Bath, and the University of Trento. Gilbert is primarily a scholar of contemporary European, Italian and British political history: he is currently working on a study of the birth of democracy in Italy after World War II. He is associate editor of the Journal of Modern Italian Studies and a frequent commentator on Italian and European politics in leading policy journals in both Europe and the United States. His most recent book, co-authored with P.M.H. Bell, is The World since 1945 (Bloomsbury, 2016).

Images (from the top): Mark Gilbert with Antonia Maioni at the British Academy; with fellow juror Peter Frankopan at the shortlist announcement at Canada House; speaking at the Cundill History Prize Gala in Montreal