The world’s leading history prize (US$75,000) has announced an exceptional shortlist of award-winning historians tackling issues from climate change to the political power of the pope, from American heroism to how factories have shaped our societies, from Stalin’s greatest crime to Jewish involvement in Germany’s war machine.

The shortlist was revealed at an exclusive event at Canada House as part of London’s inaugural Festival America today.

Mark Gilbert, Chair of the Jury, said: “The eight books we have chosen – by historians working at the height of their powers – range across cultural, political, social history and biography. What unites them all is the craftsmanship of their authors: their dedication to unravelling the past and making it come alive for a contemporary audience. Every book on this shortlist will be read by specialists, but each one will find a more general readership.”

With three Pulitzer Prizes and many other awards between them, the world-leading authors chosen by the prize’s eminent jury of fellow historians represent some of the highest quality scholarship produced anywhere in the world.

Caroline Elkins, juror, said: “This shortlist collectively offers a range of compelling and deeply researched works that weave topics like authoritarianism, capitalism, immigration, and climate change into page-turning narratives. These historical lenses provoke readers to contemplate themes that unfolded in the past, and continue to shape and define our contemporary world. They are are a reminder that well-written history is what connects the academy to the broader world, and the broader world to the academy.”

The international Cundill History Prize is run by Montreal’s McGill University, one of Canada’s most global and prestigious universities.

Antonia Maioni, Dean of Arts at McGill, said: “At McGill University, we continue with our ambitious mission for the Cundill History Prize to champion the highest quality historical scholarship produced anywhere in the world. As one of Canada’s most global universities, we are proud to be home to a prize that brings well-researched, well-written history to an ever growing international readership.”

The Cundill History Prize honours the abiding vision of its founder, the McGill alumnus F. Peter Cundill: One of the most highly regarded global investors of his time, the globe-trotting philanthropist believed passionately in well-written works of history as the best foundation for a better informed public debate.

The below eight books are in contention for the US$75,000 prize, with the two runners up receiving US$10,000 each. 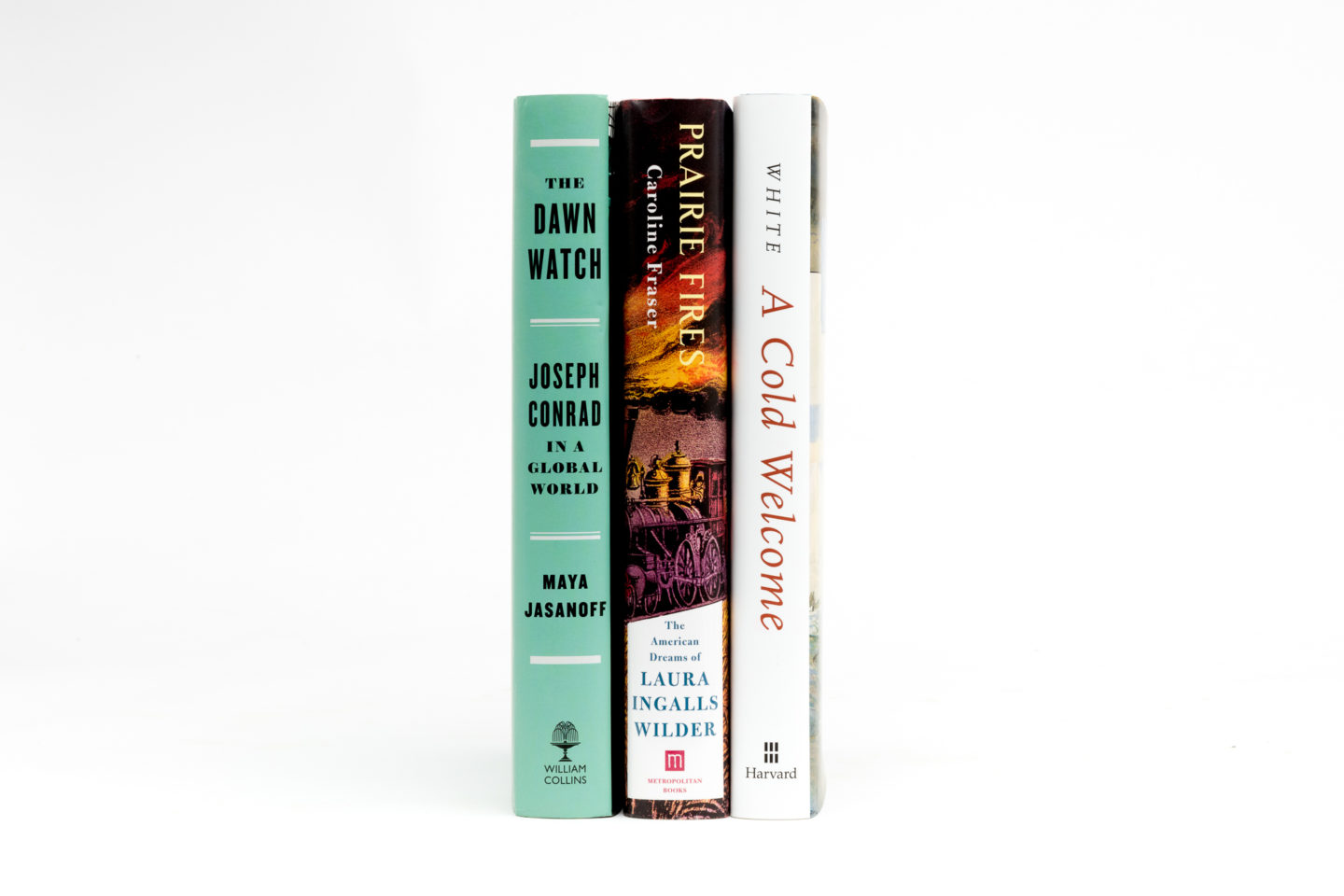 Peter Frankopan, juror, said: “It has been a challenge to narrow the prize down to just eight books, all of which show the vibrancy and brilliance of contemporary historians to shed new light on the past. The quality of the research and writing has been breath-taking and shows that contemporary non-fiction writing is in very good health. We are going to need a lot of coffee to decide a winner!”

Grant, by the Pulitzer Prize-winning author Ron Chernow, is an epic biography of one of America’s most compelling generals and presidents: an unheroic American hero who surprised the world and changed it for the better. Head of Zeus (UK), Penguin Random House (CAN/US)

Joshua B. Freeman offers a piercing perspective on how factories have shaped our societies and the challenges we face now in Behemoth: A History of the Factory and the Making of the Modern World. W.W. Norton & Company (UK, CAN, US)

In the Wolfson Prize-shortlisted A Deadly Legacy: German Jews and the Great War, Tim Grady shows that German Jews were never at the periphery of Germany’s warfare, but were in fact heavily involved, contributing to a legacy that enabled Hitler’s rise to power. Yale University Press (UK, CAN, US)

In The Dawn Watch: Joseph Conrad in a Global World, the Harvard Professor and Windham-Campbell Prize winner Maya Jasanoff explores the forces that shaped the author Joseph Conrad’s life at the dawn of the twentieth century: migration, terrorism, the tensions between global capitalism and nationalism, and a communications revolution. HarperCollins (UK), Penguin Random House (CAN, US)

In The Pope Who Would Be King, the Pulitzer Prize-winning author David I. Kertzer takes on the untold story of a bloody revolution that spelled the end of the papacy as a political power and signalled the birth of modern Europe. Oxford University Press (UK), Penguin Random House (CAN, US)

Weaving together evidence from climatology, archaeology, and written historical record in A Cold Welcome, Sam White shows the effect the Little Ice Age had on the first European settlers in America, reminding us of the risks of a changing and unfamiliar climate. Harvard University Press (UK, CAN, US)

Jeffrey Simpson, juror, said: “From the settlement of North America in the Little Ice Age; to biographies of the most famous general of the U.S. Civil War and the author of Little House on the Prairie; to the grim story of the Ukrainian famine; to the world of novelist Joseph Conrad; and beyond, the authors of the shortlisted books for the Cundill Prize stretched our imaginations, stimulated our minds, and delighted us with their discoveries -- and their fine writing. Each is worthy of the world’s richest prize for historical writing. Scholarship and accessibility are the Cundill tests. Each book meets them in spades. That only one can win is a pity.”

Carol Berkin, juror, said: “The finalists for this year’s Cundill Prize represent the very best in historical writing. Their focus and genre vary from biography to political and social history, but they share in common the mastery of prose, the skill of compelling narrative, and the willingness to wrestle with important issues that will satisfy both scholars and the educated reading public.” 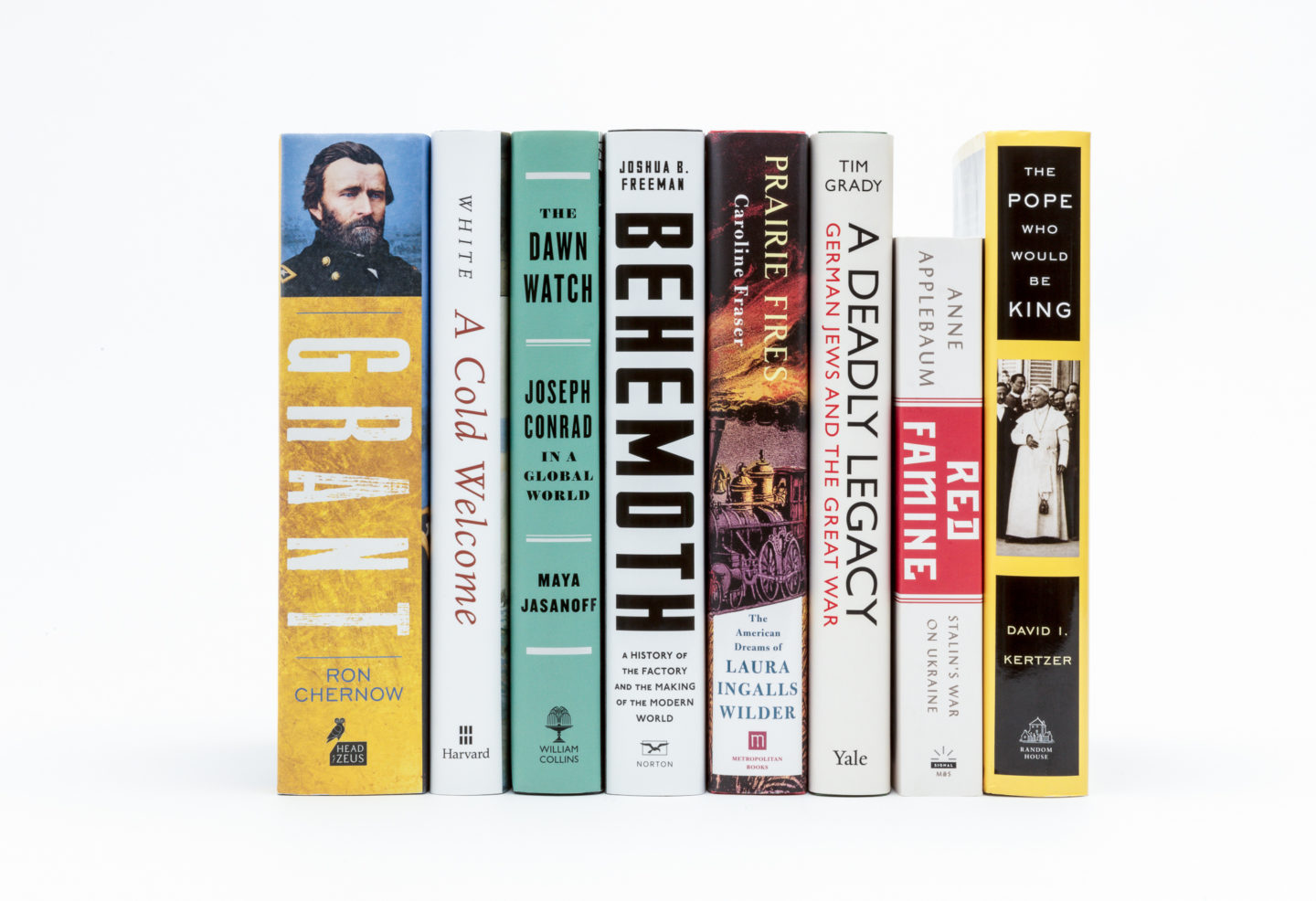 The three finalists will be announced in Toronto, on October 31.

The winner will be revealed at the Cundill History Prize Gala in Montreal, on November 15, alongside a series of events at McGill University including the annual Cundill History Prize Lecture, which will be delivered by the British historian Daniel Beer, who won last year’s prize for The House of the Dead: Siberian Exile Under the Tsars, his ground-breaking study of Siberian penal colonies.

Carol Berkin is Presidential Professor of History, Emerita, of Baruch College & The Graduate Center, CUNY. She received her B.A. from Barnard College and her PhD from Columbia University where her dissertation received the Bancroft Award in 1972. She has written extensively on women’s history, the American Revolution, the creation of the Constitution, and the politics of the early Republic.

Caroline Elkins is Professor of History and of African and African American Studies at Harvard University, Visiting Professor at Harvard Business School, Affiliated Professor at Harvard Law School, and the Founding Director of Harvard’s Center for African Studies. She has been a contributor to the New York Times Book Review, The Guardian, The Wall Street Journal, The Atlantic Monthly, The Washington Post, and The New Republic.

Peter Frankopan is Professor of Global History at Oxford University, where he is founding Director of the Oxford Centre for Byzantine Research and Senior Research Fellow at Worcester College. He has been Stanley J. Seeger Visiting Fellow in Hellenic Studies at Princeton, Scaliger Visiting Professor at Leiden and Presidential Scholar at the Getty Center in Los Angeles.

Jeffrey Simpson is Canada’s most decorated journalist and the author of seven books. He has won all three of Canada’s leading literary prizes – the Governor-General’s award for non-fiction book writing, the National Magazine Award for political writing, and the National Newspaper Award for column writing. He has served as a juror for the Cundill History Prize on three previous occasions.

About McGill University | Founded in Montreal, Quebec, in 1821, McGill is a leading Canadian post-secondary institution. It has two campuses, 10 faculties, 12 professional schools, 300 programs of study and almost 41,000 students, including more than 9,700 graduate students. McGill attracts students from over 150 countries around the world, its 12,000 international students making up 30% per cent of the student body. Over half of McGill students claim a first language other than English, including approximately 20% of our students who say French is their mother tongue. www.mcgill.ca

About F. Peter Cundill | F. Peter Cundill (1938-2011), a distinguished alumnus of McGill University, was a philanthropist, sportsman, diarist, and renowned global investor. A voracious reader and inveterate traveller, F. Peter Cundill had an abiding passion for history: he believed that it was possible to comprehend the present and arrive at a measured perspective about the future only by first understanding the past. This led him to found the Cundill History Prize. The Peter Cundill Foundation continues to support charities, research projects, and educational and enterprise gifts to young people. www.thepetercundillfoundation....