Thomas W. Laqueur - The Work of the Dead:
A Cultural History of Mortal Remains

Thomas Laqueur was born to German Jewish emigres in Istanbul nine months after the Battle of the Bulge had signaled the definitive defeat of Hitler. He grew up in the coal fields of southern West Virginia where his father was a pathologist in a hospital belong to the United Mine Workers. Laqueur studied philosophy, history and biology at Swarthmore College and modern history at Princeton and Nuffield College, Oxford. He began teaching at UC-Berkeley in 1973 and has never left.  He was a founding editor of Representations and for five years the Director of the Townsend Center for the Humanities where, among other things, he started a human rights center and a series of graduate working groups which still thrive today. He has for more than forty years been a passionate graduate and undergraduate teacher. Laqueur's work has been focused on the history of popular religion and literacy; on the history the body — alive and dead; and on the history of death and memory. He writes regularly for the London Review of Books and the Threepenny Review, among other journals. He has won the usual fellowships but is most proud of the Mellon Distinguished Humanist Award, the proceeds from which he used as seed money for programs in religion, human rights, and science studies at Berkeley — all of which are now self-sustaining.

The Greek philosopher Diogenes said that when he died his body should be tossed over the city walls for beasts to scavenge. Why should he or anyone else care what became of his corpse? In The Work of the Dead, acclaimed cultural historian Thomas Laqueur examines why humanity has universally rejected Diogenes's argument. No culture has been indifferent to mortal remains. Even in our supposedly disenchanted scientific age, the dead body still matters—for individuals, communities, and nations. A remarkably ambitious history, The Work of the Dead offers a compelling and richly detailed account of how and why the living have cared for the dead, from antiquity to the twentieth century. The book draws on a vast range of sources—from mortuary archaeology, medical tracts, letters, songs, poems, and novels to painting and landscapes in order to recover the work that the dead do for the living: making human communities that connect the past and the future. Laqueur shows how the churchyard became the dominant resting place of the dead during the Middle Ages and why the cemetery largely supplanted it during the modern period. 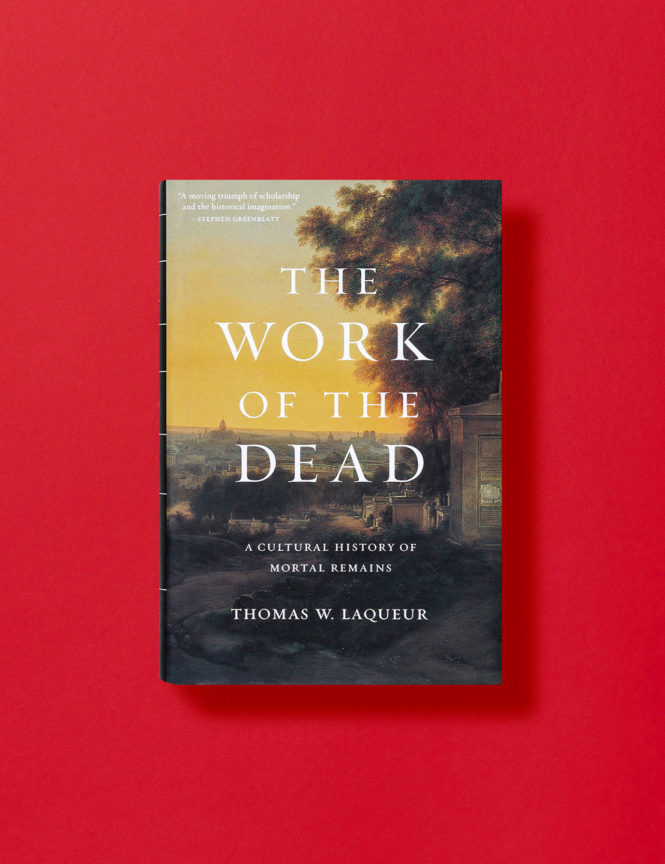 David Wootton - The Invention of Science:
A New History of the Scientific Revolution

David Wootton is Anniversary Professor of History at the University of York. He was educated at Cambridge and Oxford, and held positions in history and politics at four Canadian universities from 1980 to 1994, including two years at McGill University. He has held visiting positions at Princeton and Washington University in St Louis. His previous books include Paolo Sarpi (1983), Bad Medicine (2006) and Galileo (2010). In addition to his work on the history of science he also writes on the history of political and economic thought, 1500-1800, in North America, Britain, France and Italy. He has given the Raleigh Lecture at the British Academy (2008), the Carlyle Lectures at Oxford (2014) and the Benedict Lectures at Boston (2014), and he will give the Besterman Lecture at Oxford later this year. He has reviewed for the Wall Street Journal, the Guardian, the TLS, the LRB, and the Spectator.

We live in a world made by science. How and when did this happen? This book tells the story of the extraordinary intellectual and cultural revolution that gave birth to modern science, and mounts a major challenge to the prevailing orthodoxy of its history. Before 1492 it was assumed that all significant knowledge was already available; there was no concept of progress; people looked for understanding to the past not the future. This book argues that the discovery of America demonstrated that new knowledge was possible: indeed it introduced the very concept of 'discovery', and opened the way to the invention of science. The first crucial discovery was Tycho Brahe's nova of 1572: proof that there could be change in the heavens. The telescope (1610) rendered the old astronomy obsolete. Torricelli's experiment with the vacuum (1643) led directly to the triumph of the experimental method in the Royal Society of Boyle and Newton. By 1750 Newtonianism was being celebrated throughout Europe. The new science did not consist simply of new discoveries, or new methods. It relied on a new understanding of what knowledge might be, and with this came a new language: discovery, progress, facts, experiments, hypotheses, theories, laws of nature - almost all these terms existed before 1492, but their meanings were radically transformed so they became tools with which to think scientifically. We all now speak this language of science, which was invented during the Scientific Revolution. The new culture had its martyrs (Bruno, Galileo), its heroes (Kepler, Boyle), its propagandists (Voltaire, Diderot), and its patient labourers (Gilbert, Hooke). It led to a new rationalism, killing off alchemy, astrology, and belief in witchcraft. It led to the invention of the steam engine and to the first Industrial Revolution. David Wootton's landmark book changes our understanding of how this great transformation came about, and of what science is. 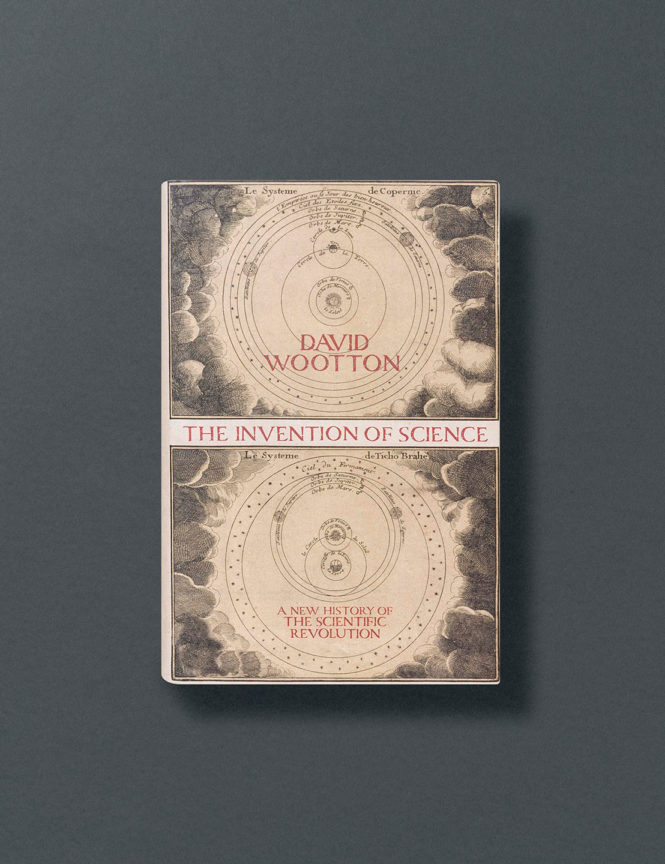 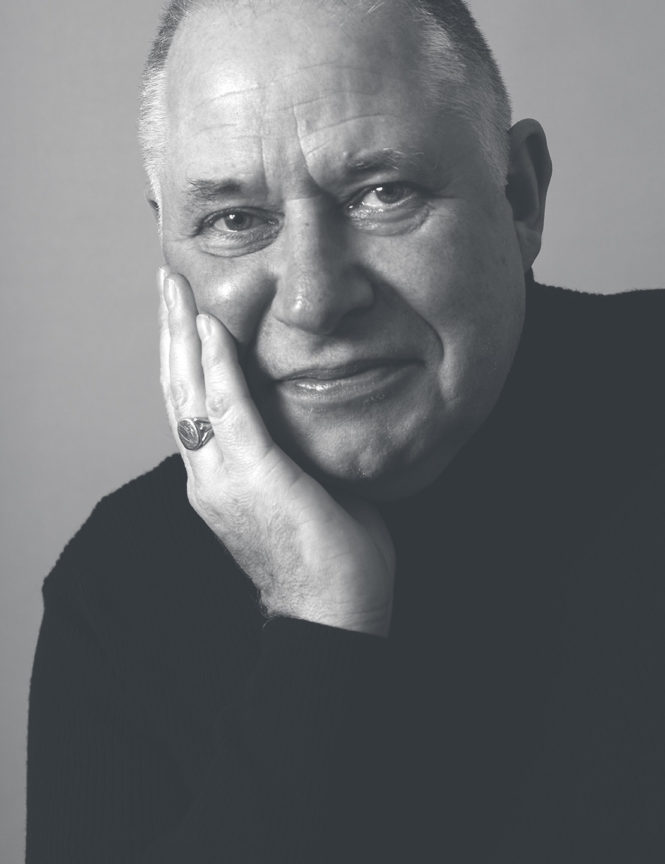 Andrea Wulf was born in India and moved to Germany as a child. She lives in London, where she trained as a design historian at the Royal College of Art. She is the author of Chasing Venus, Founding Gardeners, and The Brother Gardeners, which was long-listed for the Samuel Johnson Prize and awarded the American Horticultural Society Book Award. She has written for The New York Times, the Financial Times, The Wall Street Journal, and the Los Angeles Times. She appears regularly on radio and TV, and in 2014 copresented British Gardens in Time, a four-part series on BBC television.

"The Invention of Nature" reveals the extraordinary life of the visionary German naturalist Alexander von Humboldt (1769-1859) and how he created the way we understand nature today. Though almost forgotten today, his name lingers everywhere from the Humboldt Current to the Humboldt penguin. Humboldt was an intrepid explorer and the most famous scientist of his age. His restless life was packed with adventure and discovery, whether climbing the highest volcanoes in the world, paddling down the Orinoco or racing through anthrax–infested Siberia. Perceiving nature as an interconnected global force, Humboldt discovered similarities between climate zones across the world and predicted human-induced climate change. He turned scientific observation into poetic narrative, and his writings inspired naturalists and poets such as Darwin, Wordsworth and Goethe but also politicians such as Jefferson. Wulf also argues that it was Humboldt’s influence that led John Muir to his ideas of preservation and that shaped Thoreau’s ‘Walden’. Wulf traces Humboldt’s influences through the great minds he inspired in revolution, evolution, ecology, conservation, art and literature.  In The Invention of Nature Wulf brings this lost hero to science and the forgotten father of environmentalism back to life. 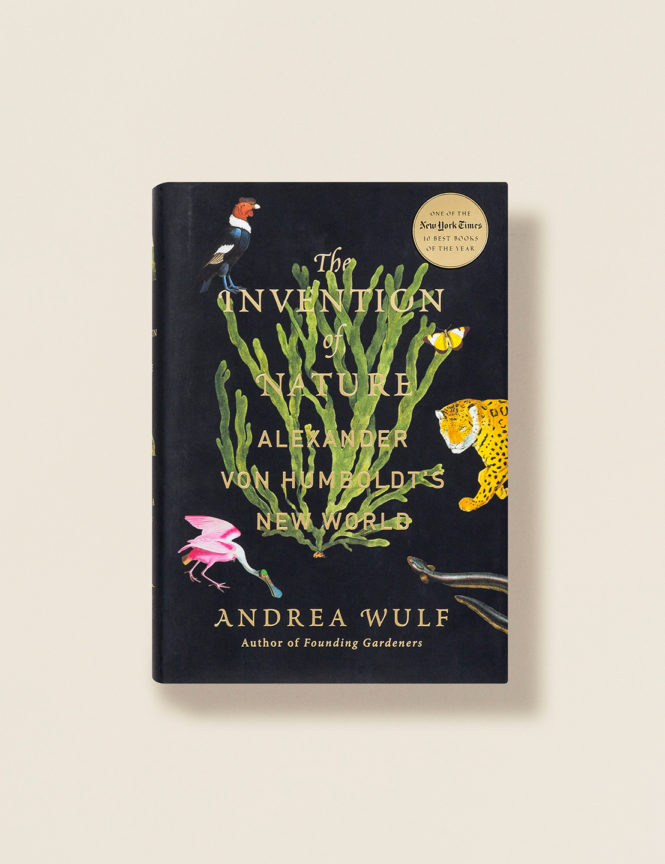 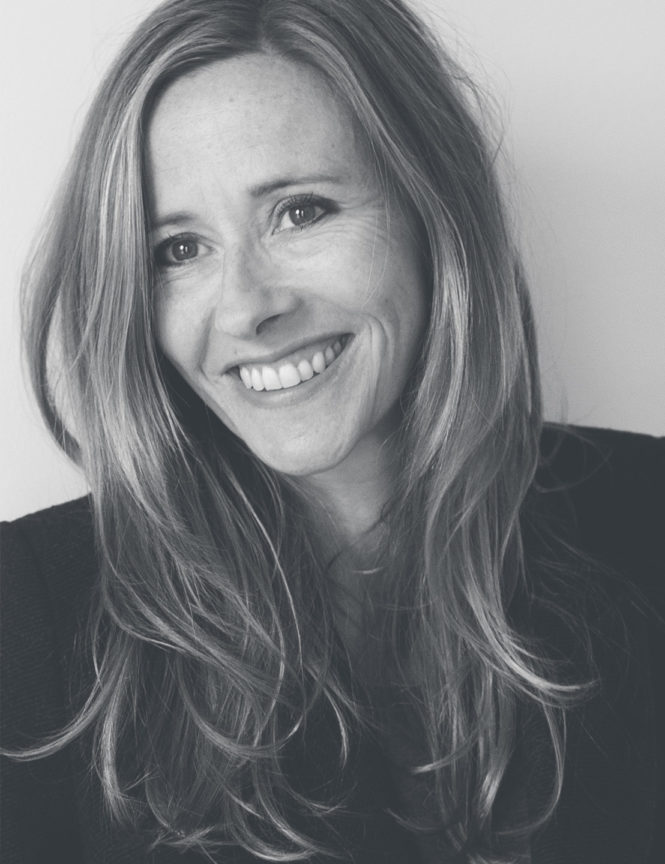