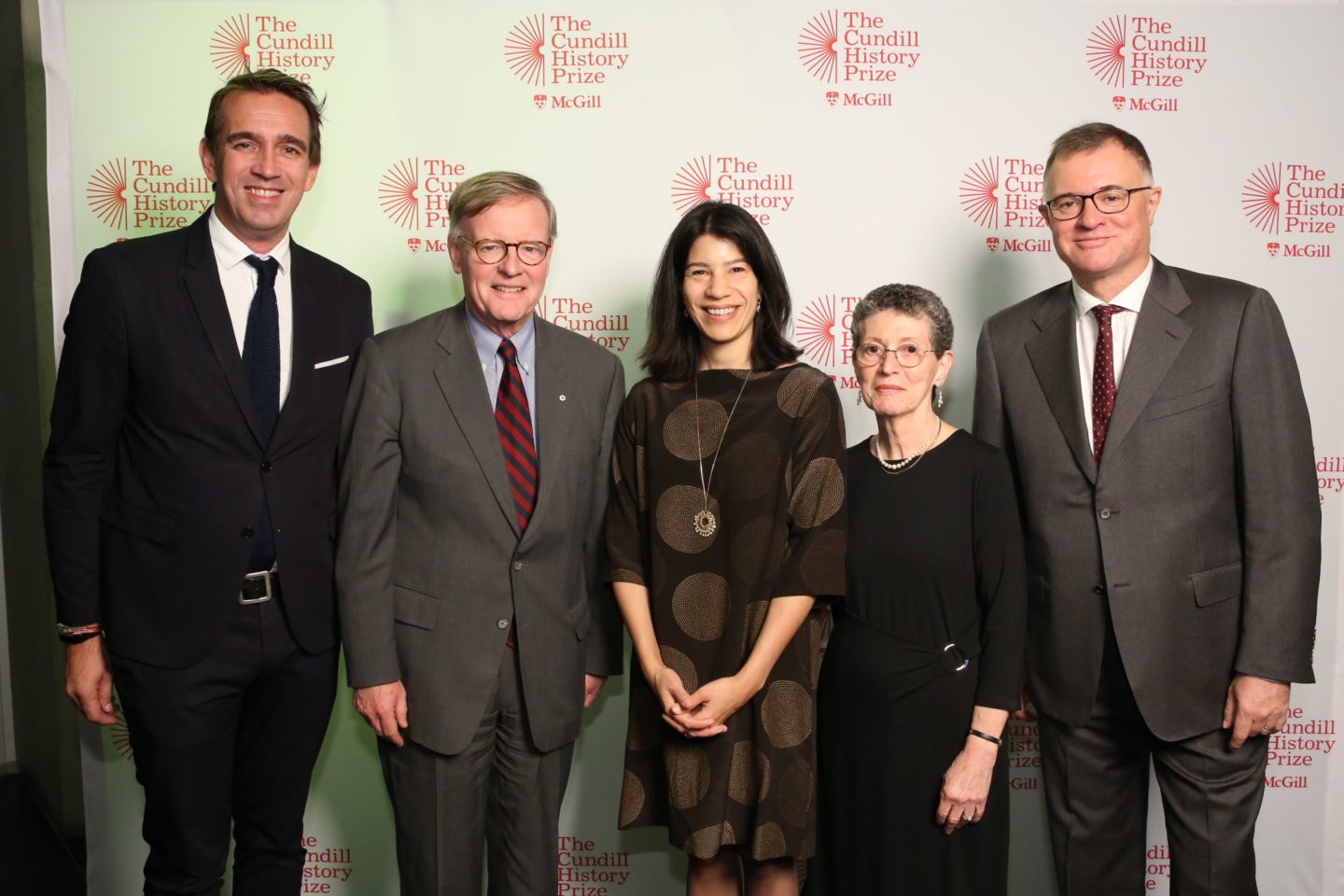 The Harvard professor Maya Jasanoff has today been announced as the winner of the world’s leading history prize (US$75,000) for her genre-bending account of the life and world of the Polish-born British writer Joseph Conrad.

The Dawn Watch: Joseph Conrad in a Global World blends history, biography, travelogue, and literary criticism into a unique work of scholarship that identifies Conrad as a pioneer in understanding the modern world, as he grapples with issues such as migration, terrorism, and a communications revolution.

Announcing the jury’s decision at the Cundill History Prize Gala at the Montreal Museum of Fine Arts, Mark Gilbert, Chair of the Jury, said: “The Dawn Watch is a striking portrait of an exceptional man and his times. Maya Jasanoff is a visitor in Conrad’s world, a recreator of it and in some ways its judge. Capturing this world required remarkable research, an eye for telling detail, a roving spirit similar to Conrad’s own, and a gift for historical narrative. Fortunately, Jasanoff’s pen, like Conrad’s, is a magic wand.”

Juror Peter Frankopan said: “The Dawn Watch is immaculately researched. And it is innovative too: part history, part travelogue, part literary criticism. I think that is one reason why it succeeds so well – because it is constantly challenging us to think about the period, the writer, the works and the places. It is like technicolour, bursting with life on each page.”

Jasanoff has sailed from East Asia to Europe on a cargo ship and travelled 1,000 miles down the Congo river for The Dawn Watch, which has received widespread critical acclaim from the Wall Street Journal to the New York Times, from the Economist to the Spectator, from the Guardian to the Financial Times, and was praised by writers including John le Carré, Geoff Dyer and Claire Tomalin.

Peter Frankopan added: “Walking in someone else’s steps is only part of the story; the skill is working out what can be learned from doing so – and perhaps most important of all, explaining that to readers. First class historical writing requires all of these to come together; and it is a lot harder than it sounds. Jasanoff’s book is beautifully written too. It is lyrical, evocative and haunting, and captures Conrad’s writing, personality and life perfectly. Jasanoff has tied so many strands together in such interesting ways; it really is an outstanding book by a brilliant scholar.”

Juror Carol Berkin said: “Jasanoff takes us on a journey of discovery and adventure in the early years of globalisation. Using Joseph Conrad’s experiences and his observations as the lens through which she explores historical change and adaptation, Jasanoff examines the origins of many of the ills we have come to associate with our world today: terrorism, racism, and individual alienation. Through Jasanoff we better understand Conrad the writer and the adventurer; through Conrad we better understand the emergence of our modern world.”

Jasanoff is Coolidge Professor of History at Harvard University. She has previously been a finalist for the Cundill History Prize for her second book, Liberty’s Exile (2011), which was also shortlisted for the Samuel Johnson Prize (now Baillie Gifford Prize). Her first book, Edge of Empire, was awarded the 2005 Duff Cooper Prize.

Antonia Maioni, Dean of Arts at McGill University, said: “The Dawn Watch stands for everything the Cundill History Prize is here to celebrate: a work of global history, extremely well researched, and so well written it will be enjoyed by a very broad general readership indeed.”

The two runners up each received a Recognition of Excellence Award, together with US$10,000: the Pulitzer Prize-winning historian Caroline Fraser for the first comprehensive  historical account of the life of Laura Ingalls Wilder, author of the “Little House on the Prairie” books; and the Ohio State University Associate Professor of History Sam White for his inter-disciplinary investigation into the decisive role the climate played in the success and failure of the first North American settlements.

Run by McGill University, the international Cundill History Prize honours the abiding vision of its founder, the McGill alumnus F. Peter Cundill. One of the most highly regarded global investors of his time, the globe-trotting philanthropist believed passionately in well-written works of history as the best foundation for a better informed public debate.

Praise for The Dawn Watch

“A startlingly original take of the state we’re in” TLS

“The Dawn Watch is the most vivid and suggestive biography of Conrad ever written… [A] beautiful book.” Wall Street Journal

“It is a stunning achievement.” The Sunday Times

“A masterpiece… one of the most important books on colonialism to be written in our time, and by one of our most brilliant young historians” William Dalrymple

“Jasanoff created a Conrad for our time” The Times

“Jasanoff is a splendid storyteller and stylist.” San Francisco Chronicle