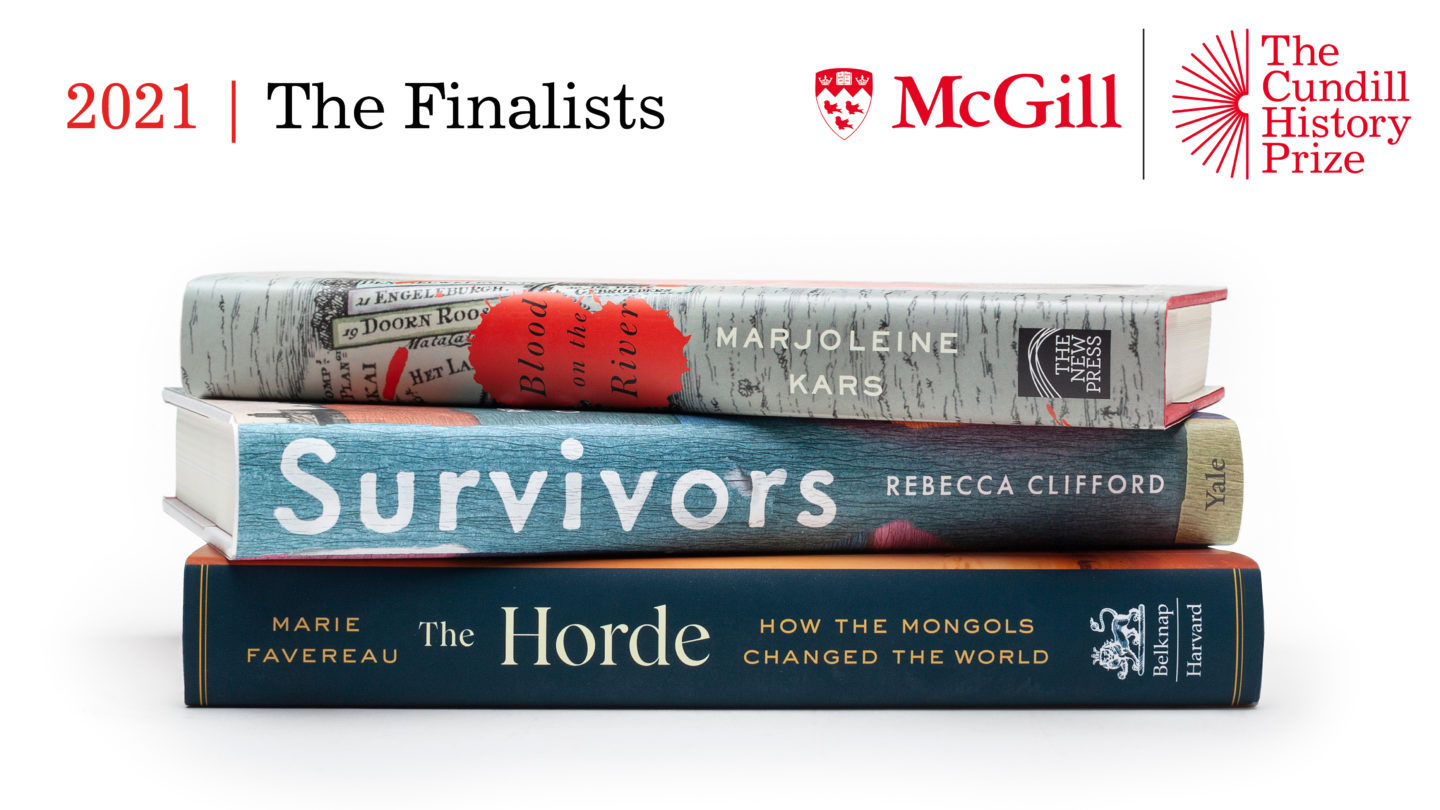 Michael Ignatieff, 2021 Chair of the Jury, announced the titles as part of a special conversation with Margaret MacMillan, hosted by Dan Snow. Broadcast in partnership with Frankfurt Book Fair, History Hit, Literary Review of Canada and Fane Productions, the event was live-streamed onto the prize YouTube channel and the Frankfurt Book Fair website, and simultaneously shown on-site at the Fair.

Working with partners in Canada, the US and the UK, the prize is once again rolling out an innovative digital programme this year. Following the announcement, the finalists are now being celebrated on the Cundill History Prize website, with juror videos, extracts, author interviews and more. See cundillprize.com/2021finalists.

After a summer of intensive reading and re-reading, the 2021 jurors — Eric Foner, Henrietta Harrison, Sunil Khilnani and Jennifer L. Morgan — joined their Chair via webconference to pick the three finalists from their shortlist of eight, previously announced on September 23. 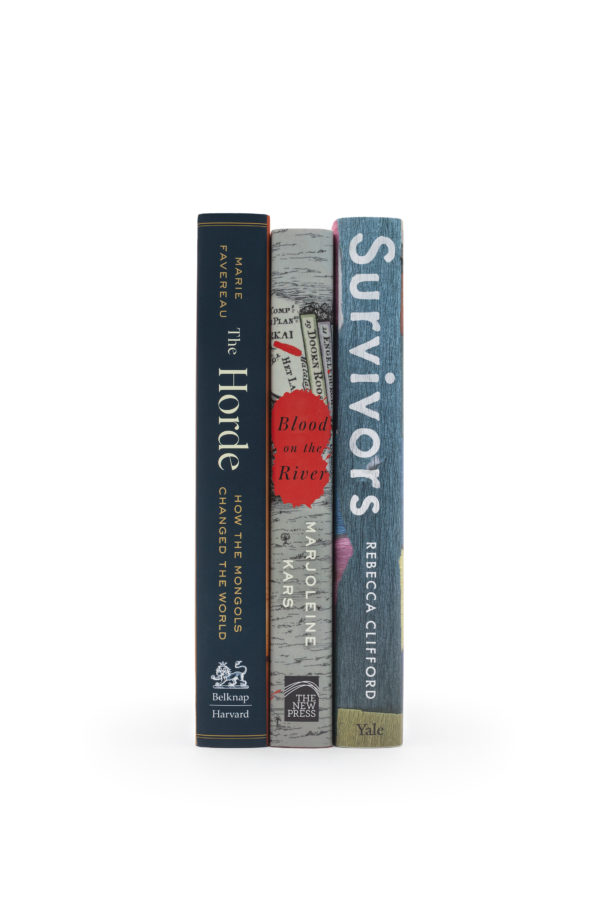 Survivors: Children’s Lives after the Holocaust

The Horde: How the Mongols Changed the World

Blood on the River: a Chronicle of Mutiny and Freedom on the Wild Coast

Michael Ignatieff said: “The 2021 Cundill History Prize finalists are three outstanding works of history. Rebecca Clifford’s Survivors transforms our understanding of historical trauma and its impact on children. Beautifully written, intensively researched, unsentimental and profound, it makes an important contribution to our understanding of the Holocaust and its unending impact on those who survived it. Marie Favereau’s The Horde is a vividly written history on a vast canvas that enables us to see the Mongol conquerors of Asia and Europe through the eyes of the Mongols themselves. An amazing picture emerges of a mobile empire whose very flexibility, ability to integrate and work with alien peoples, accounts for their extraordinary historical impact. Marjoleine Kars is a marvellous writer and scholar, using untapped sources to breathe life into both the oppressors and the oppressed in a colony built on slavery and savage violence. In Blood on the River she presents us with a quite unforgettable narrative.”

The three historians will be awarded US$10,000 each, and are now vying for the grand prize, which raises the reward for the winner to US$75,000, making the Cundill History Prize the largest purse for a work of non-fiction in English.

Mary Hunter, Dean of the Faculty of Arts at McGill University, said: “The Cundill History Prize finalists provide a brilliant mix of innovative historical writing and engaging prose. Impeccably researched and skillfully argued, these three books offer fresh insights that will spark conversation and debate amongst historians and non-specialists alike.”