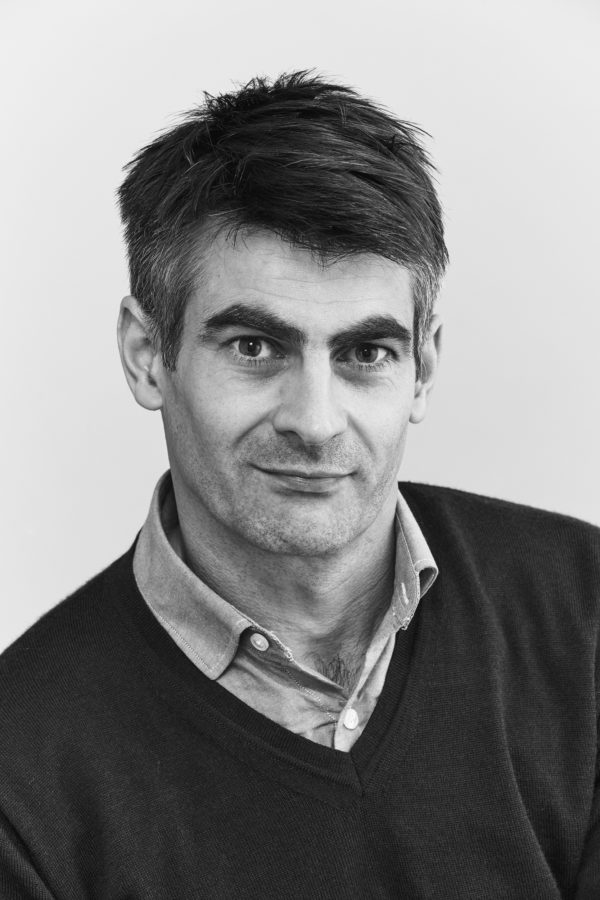 The international Cundill History Prize today announced the British historian Daniel Beer as the 2017 winner of the US$75,000 prize – the richest in non-fiction for a single work in English. The London-based historian was awarded for his ground-breaking study of Siberian penal colonies, The House of the Dead: Siberian Exile Under the Tsars (Allen Lane).

Beer, who lectures at Royal Holloway, University of London, was chosen by the jury of world-class historians and authors over the US-based Austrian Walter Scheidel and the Université du Québec à Montréal professor Christopher Goscha. Margaret MacMillan, Chair of the Jury, made the announcement at the Cundill History Prize Gala at the Montreal Museum of Fine Arts.

Run by Canada’s McGill University, the international Cundill History Prize rewards the best history writing in English. Choosing from a record 300 submissions, the jury unanimously agreed that The House of the Dead stood above the formidable competition as a work of history that delivers exceptional scholarship in a relevant and accessible read.

Margaret MacMillan, Chair of the Jury, said: ‘Daniel Beer has done extraordinary research, using underappreciated and unexamined sources, to show what exile meant to generations of Russians and other nationalities within the Russian Empire. He gives a moving and heart-rending account of what happened to these people, most of whom never returned from Siberia. The House of the Dead is a haunting and important contribution to Russian history, and a hugely deserving winner of the 2017 Cundill History Prize.’

Juror Amanda Foreman said: ‘Daniel Beer has a universality of approach that is both innovative and important. He tells the story of an immense tragedy, spanning hundreds of years. The House of the Dead uses a huge canvas, but Beer is able to bring out individual stories and a real sense of what it means to be human. This book is a triumph.’

Juror Roy Foster said: ‘Daniel Beer’s The House of the Dead reads like a tragic Russian novel, which is apposite since Dostoevsky and, indeed, Chekhov figure in the story of Siberia. The book shows the tragedy of the people who were sent marching east, and the extraordinary variety of the lives they made, and lost, there: Russian revolutionaries, Polish nationalists, and all sorts of felons and outcasts. While beautifully written, and a riveting read, it is quarried out of an extraordinary range of sources, hitherto unavailable, and is a work of great scholarship.’ 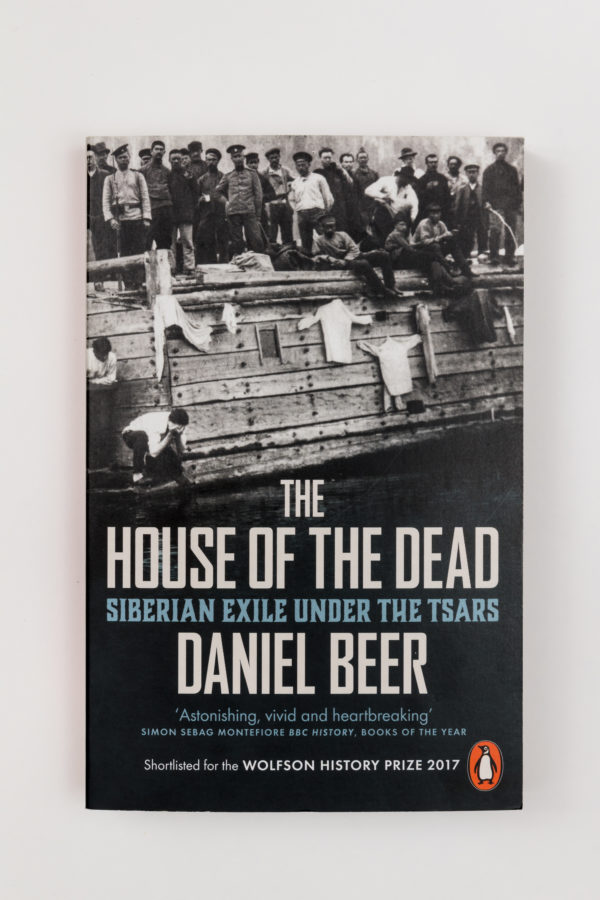 The two runners up each received a Recognition of Excellence Award, together with US$10,000: Christopher Goscha was awarded for his definitive history of Vietnam (Vietnam: A New History, Basic Books), Walter Scheidel for his controversial economic thesis The Great Leveler (Princeton University Press).

Juror Rana Mitter said: ‘The Cundill History Prize is given to a book that marks a particular excellence in the quality of history, and what I mean by that is ‘craft’; providing something for the writing and the study of history that shows a particular sort of ambition, scope and dedication. Daniel Beer has combined meticulous use of archives with a gripping narrative drive. This is a book that shows the historian’s craft at the highest level.’

Juror Jeffrey Simpson added: ‘The Cundill History Prize looks for outstanding historical scholarship, but also accessibility: a reader who is not an expert should be able to read and understand the book it chooses. And the winner must teach us something we can profit from today, as we grapple with contemporary problems.’

Antonia Maioni, Dean of Arts at McGill University, said: ‘At McGill, we value research-intensive history and, at the same time, the ability to communicate to the rest of the world the importance of history writing and an understanding of Canada’s role in the global setting. The Cundill History Prize plays a hugely important role – championing the highest quality historical scholarship from around the world, and rewarding books that can reach out to appeal to a wide audience, ignite conversation, and evoke a better understanding of ourselves and others.’

The House of the Dead has also been shortlisted for The Wolfson History Prize, The Pushkin House Russian Book Prize and the Longman History Today Prize, 2017.

“ It is hard to imagine the hell of Siberia’s penal colonies under the Tsars. This history paints a vivid and grisly picture… An absolutely fascinating book, rich in fact and anecdote. ”

“ Based on archival research in Moscow, St Petersburg and Siberia, Beer’s book is a splendid example of academic scholarship for a public audience. ”

“ Gripping, horrifying… numerous stories of human resilience in the face of adversity. ”

“ Although Beer’s subject is grim, his writing is not. Grace notes of metaphor elevate The House of the Dead above standard histories; it is also ground-breaking and moving. ”

“ The House of the Dead is masterful, gripping and deeply researched. It’s filled with astonishing, vivid and heart-breaking stories of crime and punishment, of redemption, love and terrifying violence. It has an amazing cast of despots, murderers, whores and heroes, and takes place in godforsaken mines, Arctic villages and beautiful taiga. It’s a wonderful read. ”

The Cundill History Prize recognizes and rewards the best history writing in English. A prize of US$75,000 is awarded annually to the book that embodies historical scholarship, originality, literary quality and broad appeal. The two runners-up each receive US$10,000. The Cundill History Prize is administered by McGill University in Montreal and awarded by five distinguished jurors. It honours the abiding passion for history of its founder, F. Peter Cundill, by encouraging informed public debate through the wider dissemination of history writing to new audiences around the world. 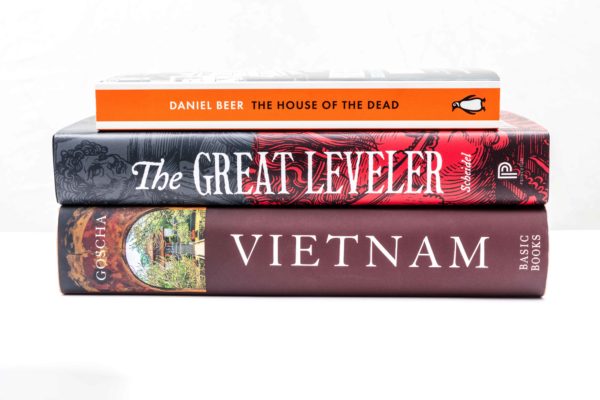 The House of the Dead: Siberian Exile Under the Tsar by Daniel Beer (Allen Lane) Vietnam: A New History by Christopher Goscha (Basic Books) The Great Leveler: Violence and the History of Inequality from the Stone Age to the Twenty-First Century by Walter Scheidel (Princeton University Press)

Black Elk by Joe Jackson (Farrar, Strauss & Giroux) Blood in the Water: The Attica Prison Uprising of 1971 and its Legacy by Heather Thompson (Pantheon Books) Martin Luther by Lyndal Roper (Bodley Head) Meetings with Remarkable Manuscripts by Christopher de Hamel (Allen Lane) The Evangelicals: The Struggle to Shape America by Frances FitzGerald (Simon & Schuster US) The House of the Dead: Siberian Exile Under the Tsar by Daniel Beer (Allen Lane) The Islamic Enlightenment: The Struggle Between Faith and Reason, 1798 to Modern Times by Christopher de Bellaigue Vietnam: A New History by Christopher Goscha (Basic Books) Russia in Revolution: An Empire in Crisis, 1890 to 1928 by Stephen Smith (Oxford University Press) The Great Leveler: Violence and the History of Inequality from the Stone Age to the Twenty-First Century by Walter Scheidel (Princeton University Press)

Founded in Montreal, Quebec, in 1821, McGill is a leading Canadian post-secondary institution. It has two campuses, 10 faculties, 12 professional schools, 300 programs of study and almost 41,000 students, including more than 9,700 graduate students. McGill attracts students from over 150 countries around the world, its 12,000 international students making up 30% per cent of the student body. Over half of McGill students claim a first language other than English, including approximately 20% of our students who say French is their mother tongue.

F. Peter Cundill (1938-2011), a distinguished alumnus of McGill University, was a philanthropist, sportsman, diarist, and renowned global investor. A voracious reader and inveterate traveller, F. Peter Cundill had an abiding passion for history: he believed that it was possible to comprehend the present and arrive at a measured perspective about the future only by first understanding the past. This led him to found the Cundill History Prize. The Cundill Foundation continues to support charities, research projects, and educational and enterprise gifts to young people.