Forest of No Joy: The Congo-Océan Railroad and the Tragedy of French Colonialism

Drawing on exhaustive research in French and Congolese archives, a chilling documentary record, and heart-breaking photographic evidence, J.P. Daughton’s In the Forest of No Joy tells the epic story of the Congo-Océan railroad, revealing the human costs and contradictions of modern empire.

J.P. Daughton is Professor of History at Stanford University, and an award-winning historian of Europe, imperialism and colonialism, and global history. His teaching and publications explore political, cultural, social, and environmental history, as well as the modern history of religion, technology, and humanitarianism. His affiliations at Stanford include the Europe Center, the Center for African Studies, and the Center for Human Rights and International Justice. He is the author of An Empire Divided: Religion, Republicanism, and the Making of French Colonialism, 1880-1914 (Oxford University Press, 2006), winner of the George Louis Beer Prize for the best book in international history from the American Historical Association. He has provided media commentary for the Atlantic, Newsweek, Time, and CNN, and lives in San Francisco, California. 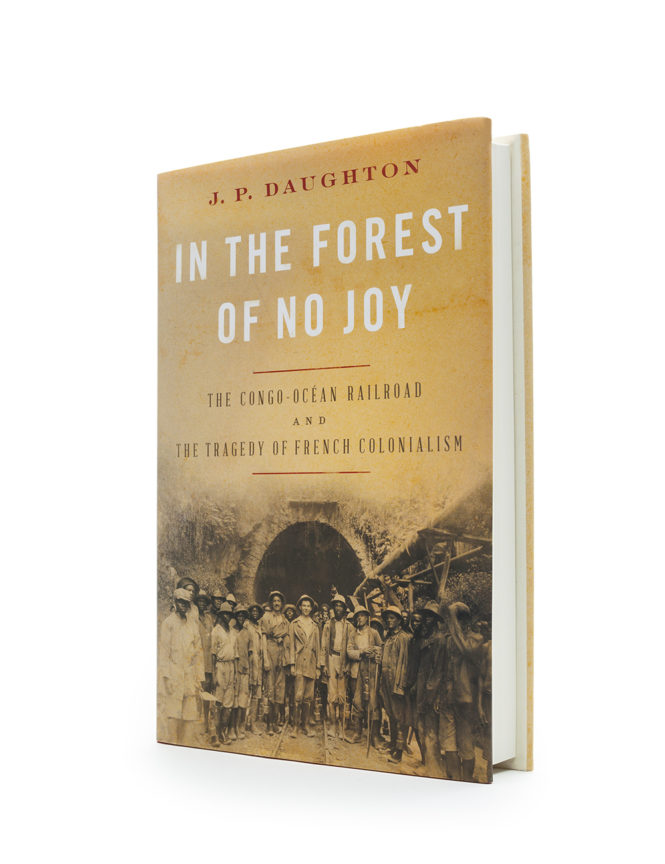 Winner of the Pulitzer Prize for History, Cuba: An American History provides us with a front-row seat as we witness the evolution of the modern nation, with its dramatic record of conquest and colonization, of slavery and freedom, of independence and revolutions made and unmade.

Ada Ferrer is Julius Silver Professor of History and Latin American and Caribbean Studies at New York University, where she has taught since 1995. She is the author of Insurgent Cuba: Race, Nation, and Revolution, 1868–1898, winner of the Berkshire Book Prize for the best first book by a woman in any field of history, and Freedom’s Mirror: Cuba and Haiti in the Age of Revolution, which won the Frederick Douglass Book Prize from the Gilder Lehrman Center at Yale University as well as multiple prizes from the American Historical Association. Born in Cuba and raised in the United States, she has been travelling to and conducting research on the island since 1990. 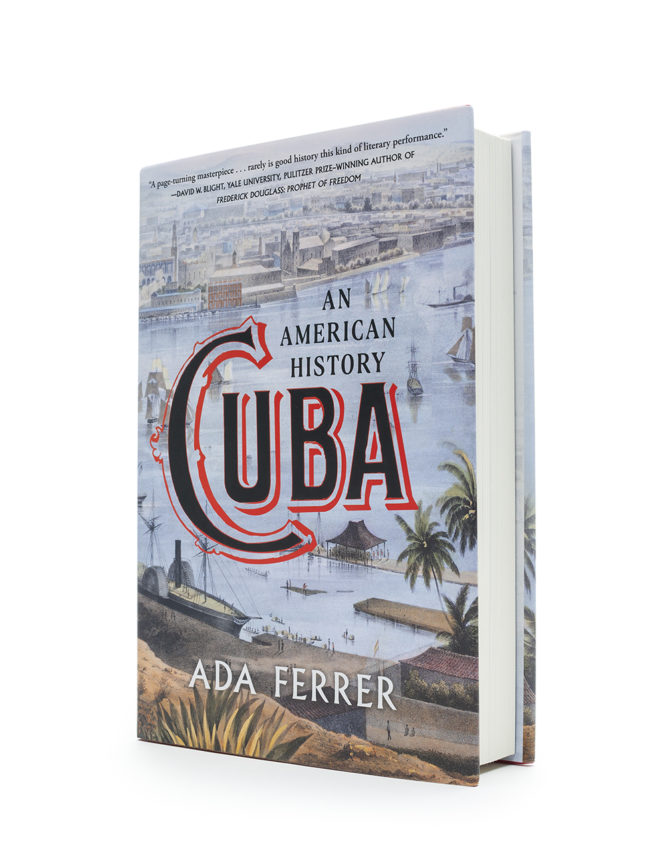 The Perils of Interpreting: The Extraordinary Lives of Two Translators between Qing China and the British Empire

The Perils of Interpreting is an impressive new history of China’s relations with the West—told through the lives of two language interpreters who participated in the famed Macartney embassy in 1793. It offers an empathic argument for cross-cultural understanding in a connected world.

Henrietta Harrison is professor of modern Chinese studies at the University of Oxford and the Stanley Ho Tutorial Fellow in Chinese History at Pembroke College. Her books include The Man Awakened from Dreams and The Missionary’s Curse and Other Tales from a Chinese Catholic Village. She lives in Oxford, England. 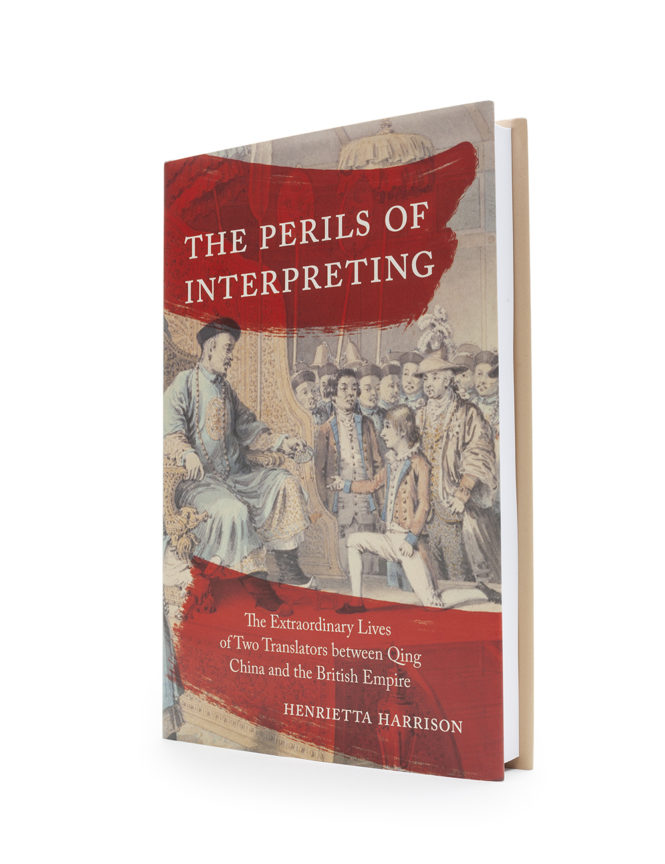 Aftermath: Life in the Fallout of the Third Reich

Aftermath is a nuanced panorama of a nation undergoing monumental change. 1945 to 1955 was a raw, wild decade poised between two eras that proved decisive for Germany’s future – and one starkly different to how most of us imagine it today. It evokes an immersive portrait of a society corrupted, demoralised and freed – all at the same time.

Harald Jähner is a cultural journalist and former editor of the Berliner Zeitung. He was also an honorary professor of cultural journalism at the Berlin University of the Arts. His book Aftermath: Life in the Fallout of the Third Reich was shortlisted for the 2021 Baillie Gifford Prize for Non-Fiction in the UK and won the Leipzig Book Fair Prize for Non-Fiction in his native Germany. 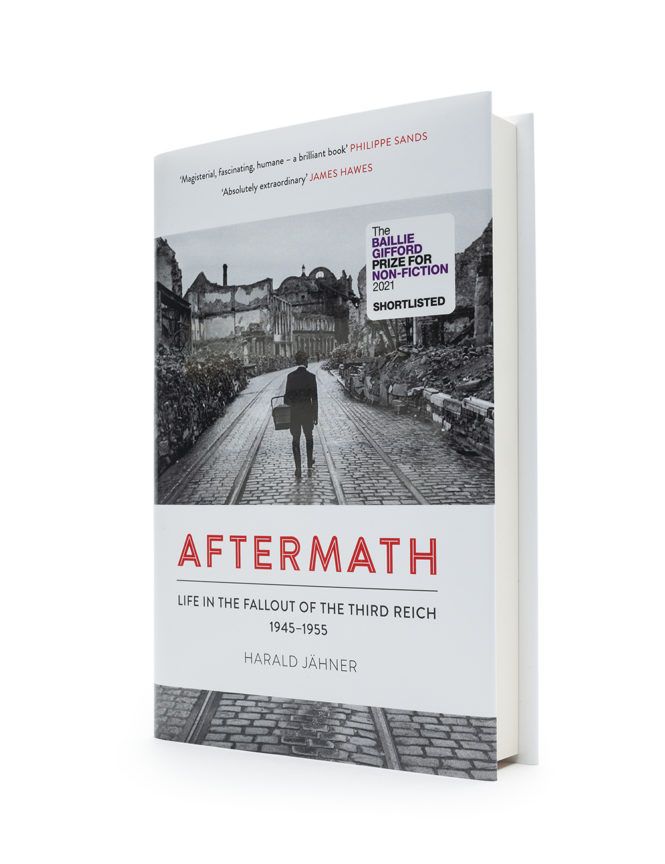 All That She Carried

In All That She Carried, Tiya Miles, traces the life of a single object handed down through three generations of Black women to craft an extraordinary testament to people who are left out of the archives. It honours the creativity and fierce resourcefulness of people who preserved family ties even when official systems refused to do so.

Tiya Miles is professor of history, Radcliffe Alumnae Professor at the Harvard-Radcliffe Institute, and director of the Charles Warren Center for Studies in American History at Harvard University. She is a recipient of a MacArthur Foundation fellowship, a National Endowment for the Humanities fellowship, and the Hiett Prize in the Humanities from the Dallas Institute of Humanities and Culture. She is the author of All That She Carried, which was awarded the National Book Awarded for Nonfiction in 2021. Miles is also the author of The Dawn of Detroit, which won the Frederick Douglass Book Prize and an American Book Award, among other honours, as well as the acclaimed books Ties That Bind, The House on Diamond Hill, The Cherokee Rose: A Novel of Gardens and Ghosts, and Tales from the Haunted South, a published lecture series. 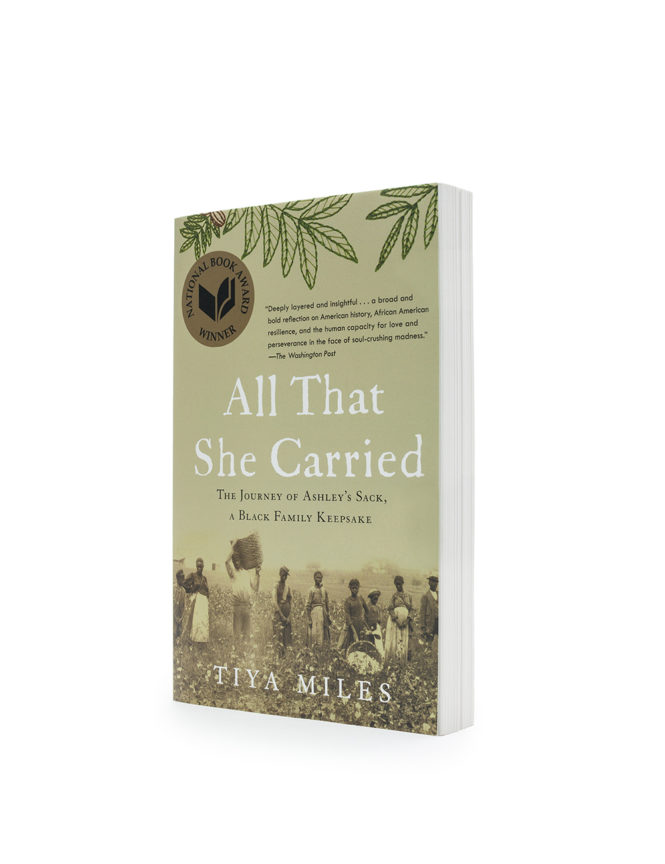 The Chinese Question: The Gold Rushes and Global Politics

The Chinese Question chronicles how a feverish alchemy of race and money brought Chinese to the West and reshaped the nineteenth-century world ― from Europe’s subjugation of China to the rise of the international gold standard and the invention of racist, anti-Chinese stereotypes that linger to this day.

Mae M. Ngai is Lung Family Professor of Asian American Studies, Professor of History, and Co-Director of the Center for the Study of Ethnicity and Race at Columbia University. A U.S. legal and political historian interested in the histories of immigration, citizenship, nationalism, and the Chinese diaspora, she is author of the award winning Impossible Subjects: Illegal Aliens and the Making of Modern America (2004); The Lucky Ones: One Family and the Extraordinary Invention of Chinese America (2010); and The Chinese Question: The Gold Rushes and Global Politics (2021), winner of the 2022 Bancroft Prize and a finalist for the Los Angeles Times Book Prize. Before becoming an historian she was a labour-union organiser and educator in New York City. 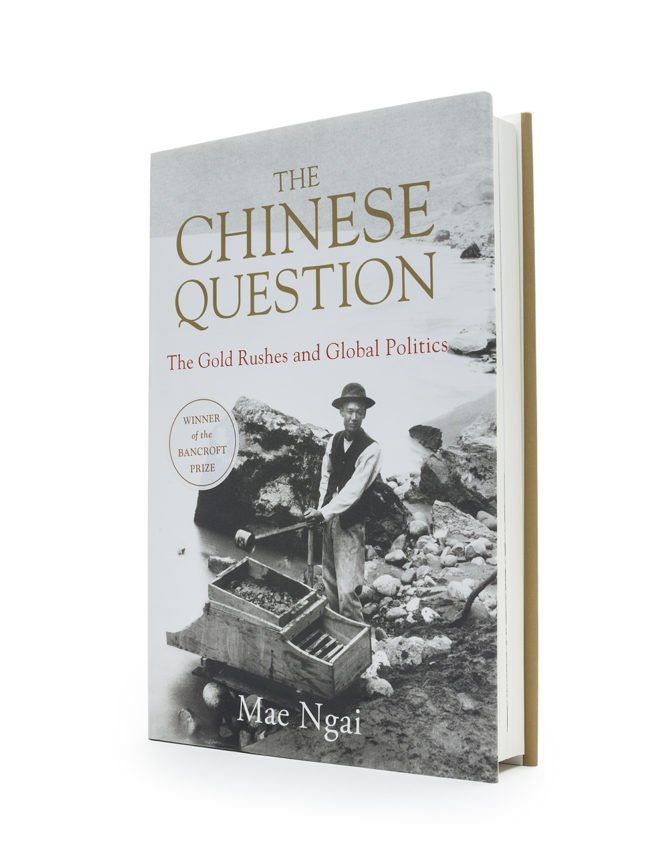 Not One Inch: America, Russia, and the Making of Post-Cold War Stalemate

In Not One Inch M. E. Sarotte reveals how tensions between America, NATO, and Russia transformed geopolitics, showing how the United States successfully overcame Russian resistance in the 1990s to expand NATO to more than 900 million people. But it also reveals how Washington’s hardball tactics transformed the era between the Cold War and the present day, undermining what could have become a lasting partnership.

M.E. Sarotte is a former member of the Institute for Advanced Study in Princeton, the Kravis Professor at Johns Hopkins University, a researcher at Harvard’s Center for European Studies, and a member of the Council on Foreign Relations. She earned her AB at Harvard and her PhD in History at Yale. She is the author of The Collapse: The Accidental Opening of the Berlin Wall and 1989: The Struggle to Create Post-Cold War Europe. 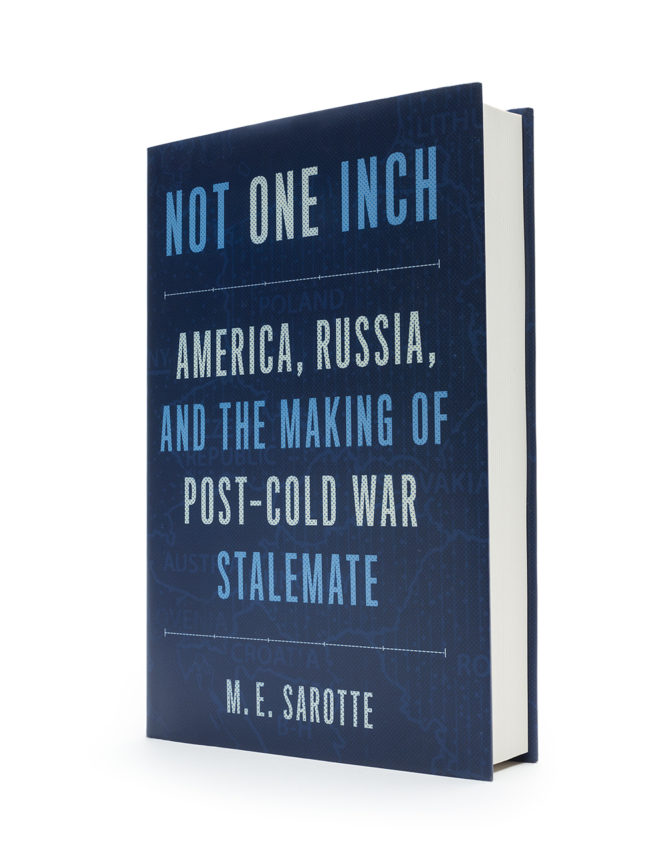 Collapse: The Fall of the Soviet Union

A major study of the collapse of the Soviet Union, showing how Gorbachev’s misguided reforms led to its demise, Collapse sheds new light on Russian democratic populism, the Baltic struggle for independence, the crisis of Soviet finances - and the fragility of authoritarian state power.

Vladislav M. Zubok is professor of international history at the London School of Economics and Political Science. He is the author of A Failed Empire, Zhivago’s Children, and The Idea of Russia. 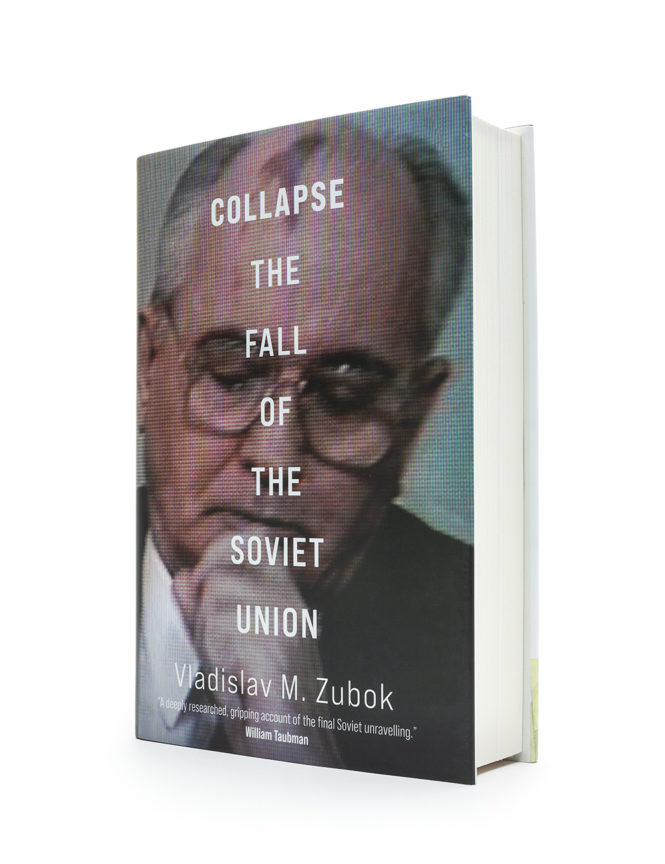