Submissions for the 2021 Cundill History Prize have now closed 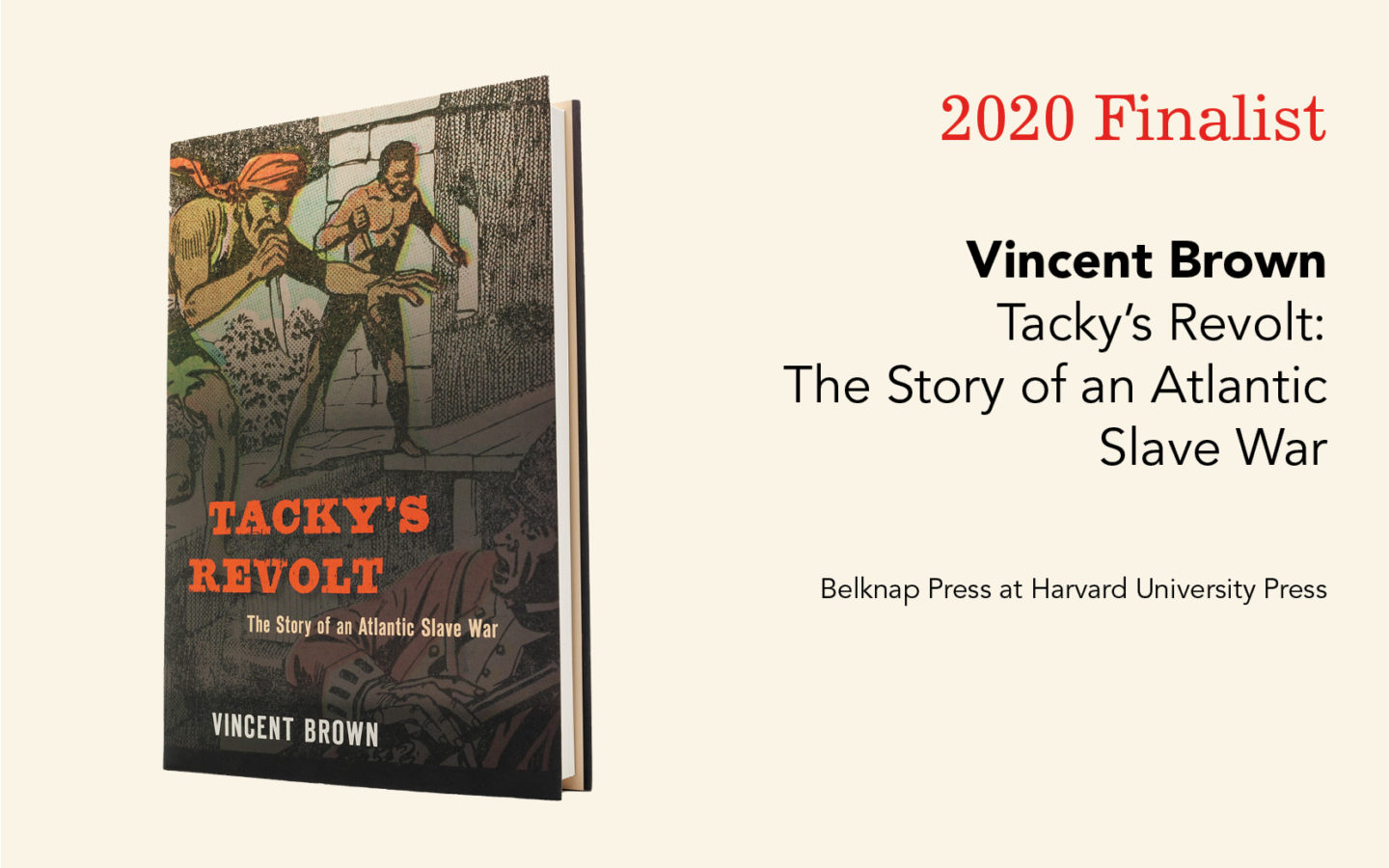 "This is a masterful use of cartography to connect the dots, to connect the people and places on our geographical and mental maps, to deepen our understanding of the links between African, European and American history that is being re-examined and reflected upon with even greater urgency today."

The Jamaican Slave Insurgency That Transformed the World 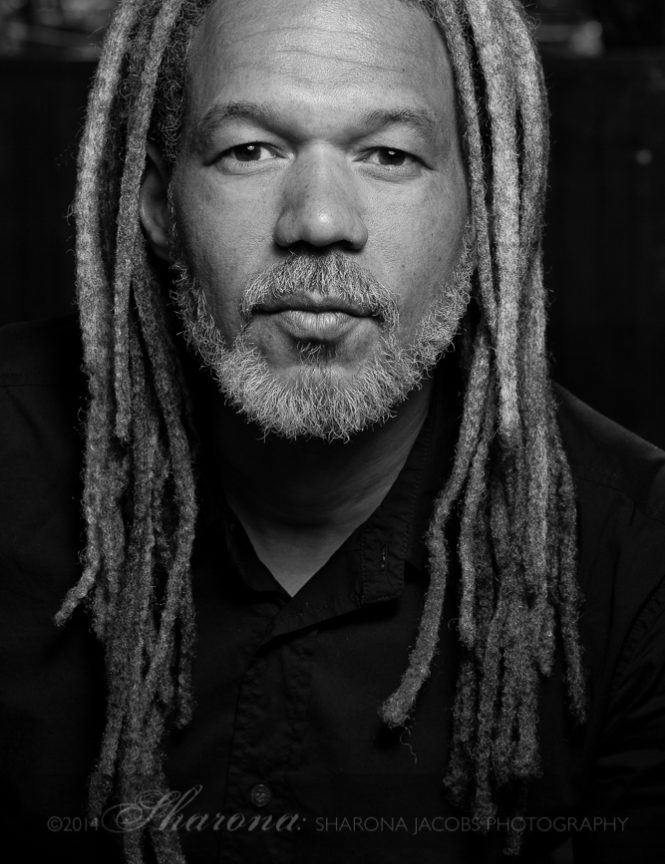 Vincent Brown is the Charles Warren Professor of American History and Professor of African and African American Studies at Harvard University and the author of The Reaper’s Garden, winner of the James A. Rawley Prize, the Louis Gottschalk Prize, and the Merle Curti Award. He has received Guggenheim and Mellon New Directions fellowships, and created an online animated map, Slave Revolt in Jamaica, 1760–1761: A Cartographic Narrative, which has been viewed by 87,000 users in 184 countries. His documentary Herskovits at the Heart of Blackness, broadcast nationally on PBS, won the John E. O’Connor Film Award and was chosen as Best Documentary at the Hollywood Black Film Festival.

"By using digital sources and by reading between the lines of the written sources that survive, [Brown] is able to bring the reader in the world of Tacky and the revolt’s leaders, and lets us see how this looked to them. It’s a new perspective and hugely important, both for professional historians and the general reader." 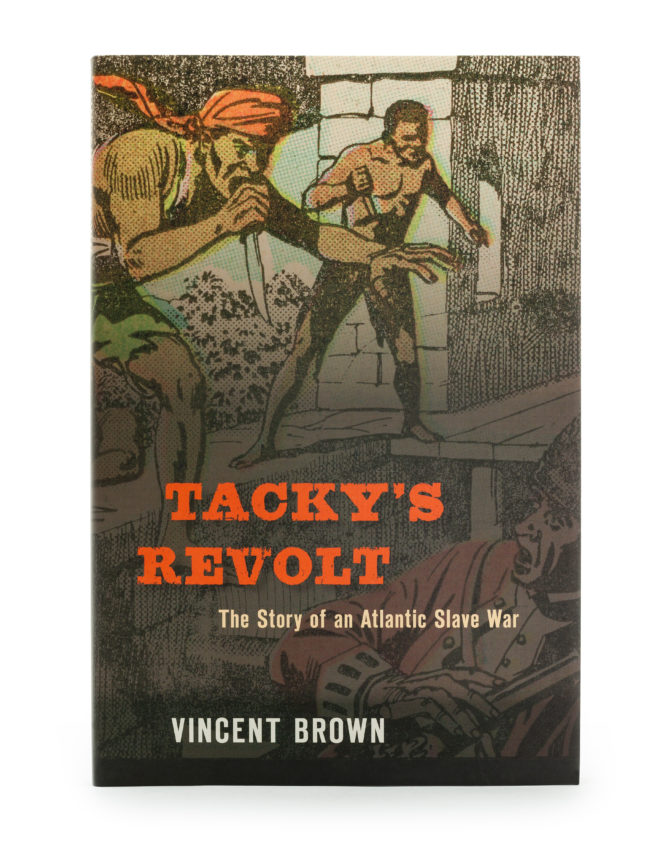 "On a vitally important topic — the history of slavery — this book provides the reader with perfectly judged analysis and vivid detail. Tacky’s Revolt moves between West Africa and the Carribean, between the micro and the macro, between military and commercial and diasporic history with ease." 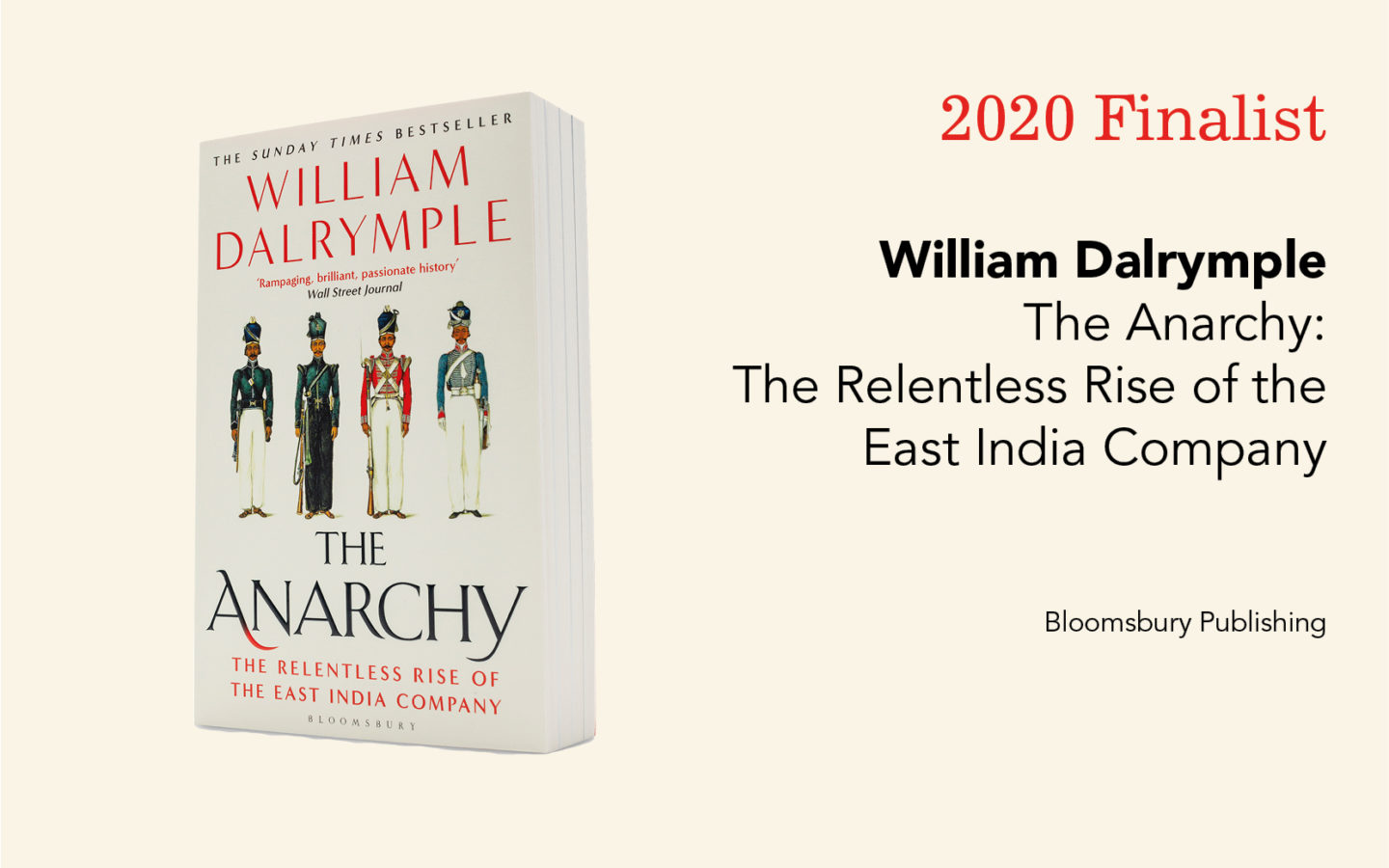 "As I read The Anarchy, I was just blown away by Dalrymple’s literary skills... He brings us on to the spot in ways that are really hard to do. The best writers can do it, and Dalrymple certainly can, and that alone is going to make this a book that is read time and time again and passed on. It’s going to have a huge impact."

READ an extract from William Dalrymple's The Anarchy over on Cundill History Prize partner Literary Hub.

LISTEN to William Dalrymple talk about The Anarchy on a podcast episode from Cundill History Prize partner HistoryExtra. 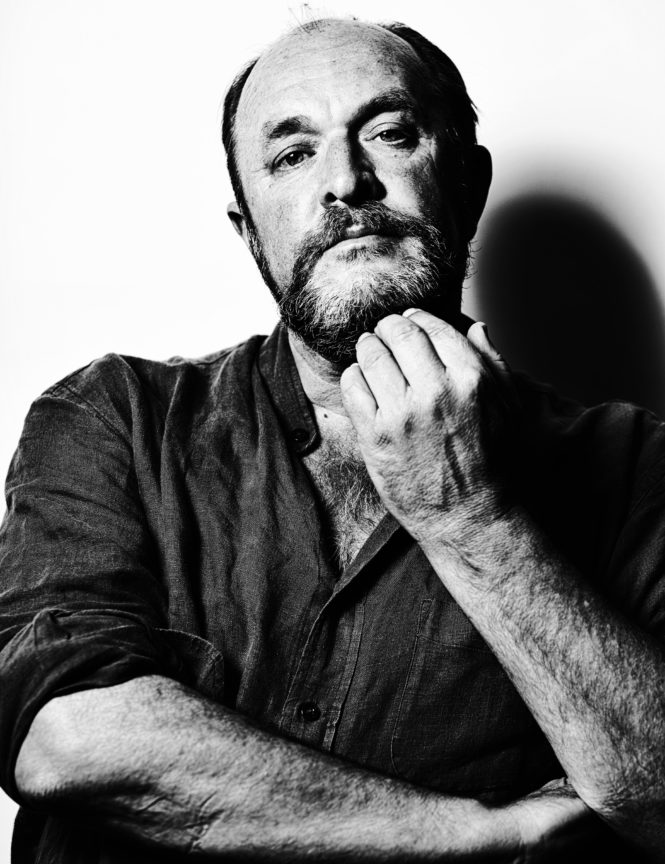 William Dalrymple is one of Britain’s great historians and the bestselling author of the Wolfson Prize-winning White Mughals, The Last Mughal, which won the Duff Cooper Prize, and the Hemingway and Kapuscinski Prize-winning Return of a King. A frequent broadcaster, he has written and presented three television series, one of which won the Grierson Award for Best Documentary Series at BAFTA. He has also won the Thomas Cook Travel Book Award, the Sunday Times Young British Writer of the Year Award, and the Foreign Correspondent of the Year at the FPA Media Awards. He is a fellow of the Royal Society of Literature, the Royal Asiatic Society and the Royal Society of Edinburgh, and has held visiting fellowships at Princeton and Brown. He writes regularly for the New York Review of Books, the New Yorker and the Guardian. William lives with his wife and three children on a farm outside Delhi.

ORDER William Dalrymple's The Anarchy from indigo, the Canadian retail partner of the Cundill History Prize.

"The story of the rise of the East India Company in South Asia has seen a fantastic wave of scholarship in recent years, and the signal achievement of William Dalrymple in The Anarchy is to take this scholarship to a wide public audience." 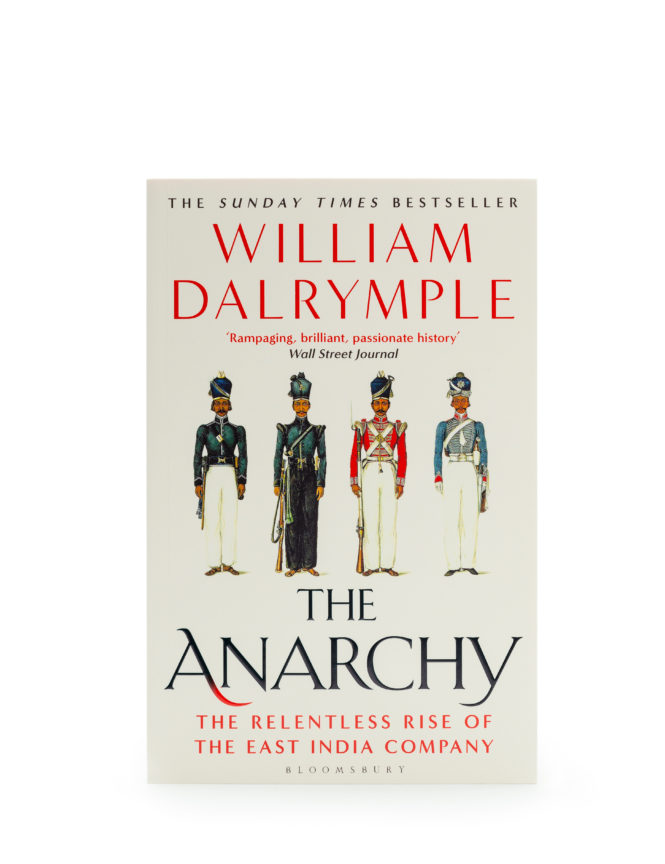 "Just as we’re all reflecting on the risks and repercussions of global tech giants, of the companies we say are too big to fail, along comes this evocative page-turner about a corporation centuries ago, which grew to dominate half of the world’s trade." 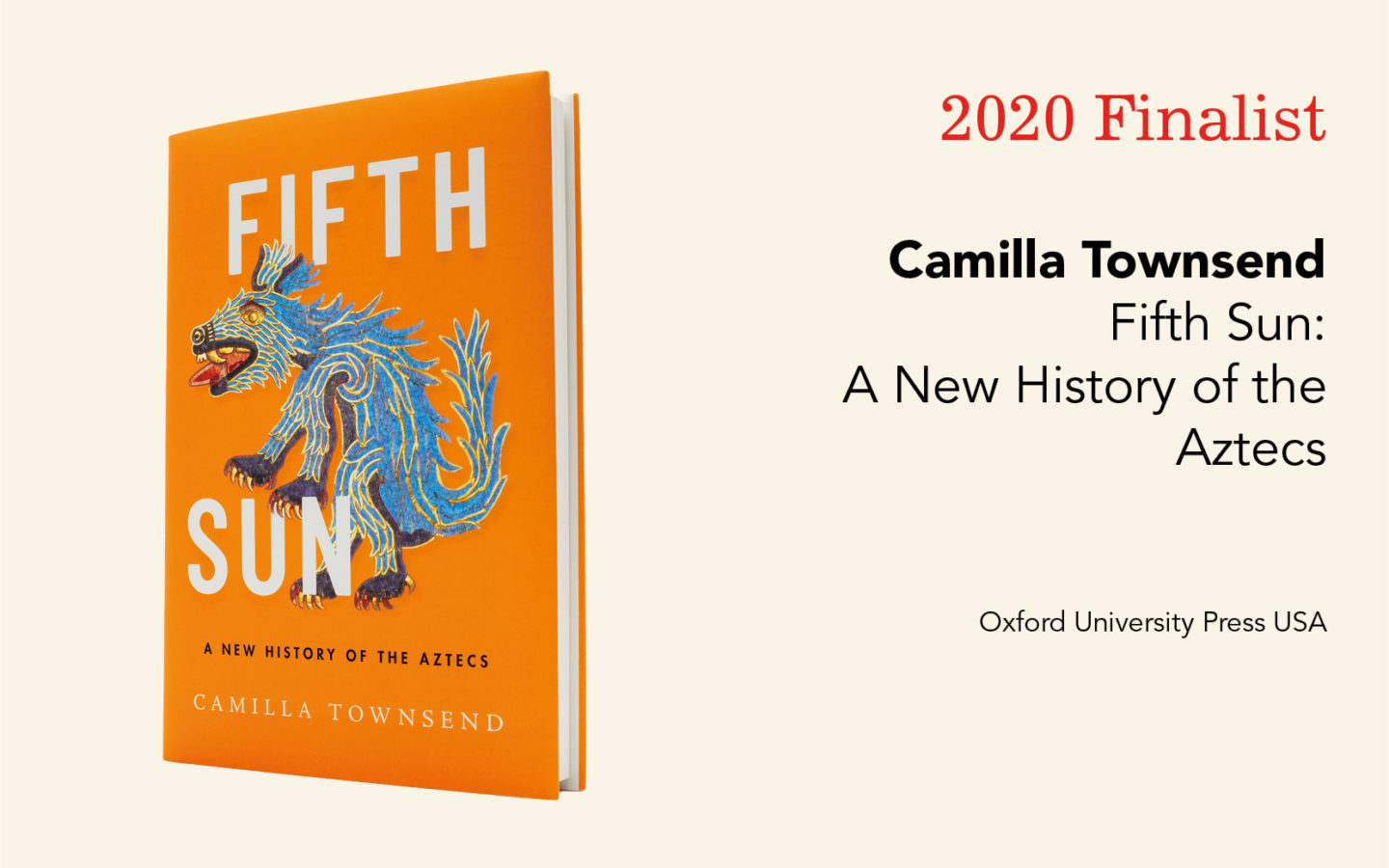 "One of the things that Camilla Townsend does very effectively is use stories and descriptions of individual incidents from the distant past in order to illuminate broader themes... these individual instances make real a piece of history that otherwise would feel very distant and alien to us."

On the Wars and Intrigues of the Aztec Empire

Aztecs in their own words 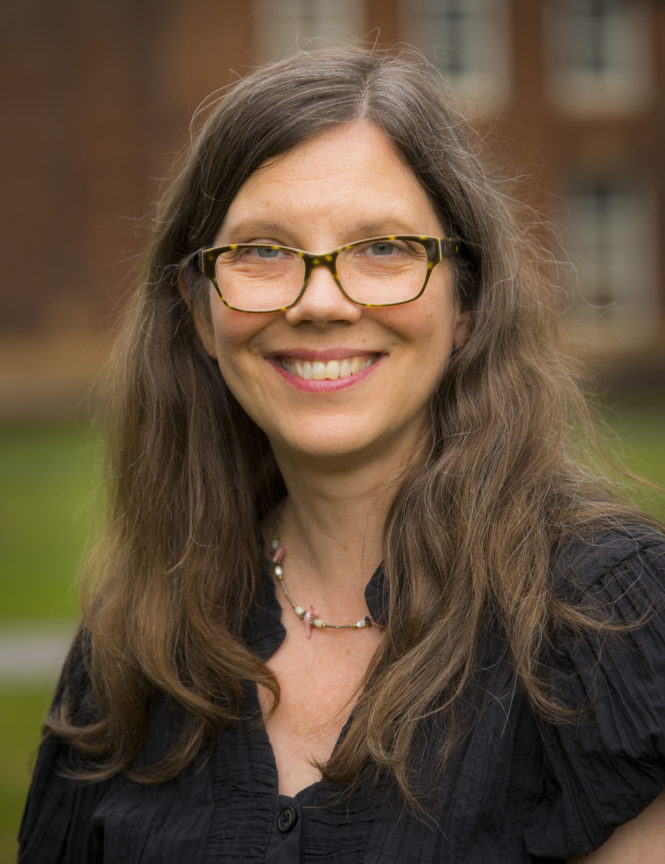 Camilla Townsend is Distinguished Professor of History at Rutgers University. She is the author of numerous books, including Malintzin's Choices: An Indian Woman in the Conquest of Mexico, Pocahontas and the Powhatan Dilemma, and The Annals of Native America: How the Nahuas of Colonial Mexico Kept Their History Alive (OUP, 2016), which won multiple prizes, among them the Albert J. Beveridge Award awarded by the American Historical Association. She works in numerous languages, including Spanish and Nahuatl.

"This is history at its best. Taking us back to a history we thought we knew and understood, but now realise through books like this that we’re only beginning to scratch the surface. This is not just a retelling of history — it changes history." 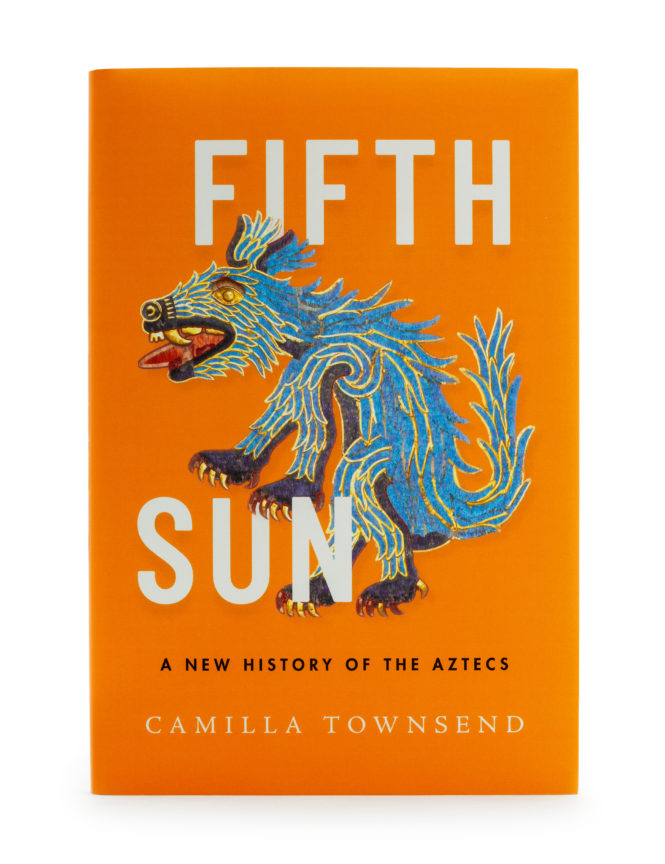 "For a book like Camilla Townsend’s, which captures what the Spanish conquest of Mexico meant to the inhabitants of the Aztec Empire, you have to do research in the Náhuatl language, which is really hard to do... she uses it to bring us in, to show us what life was like." 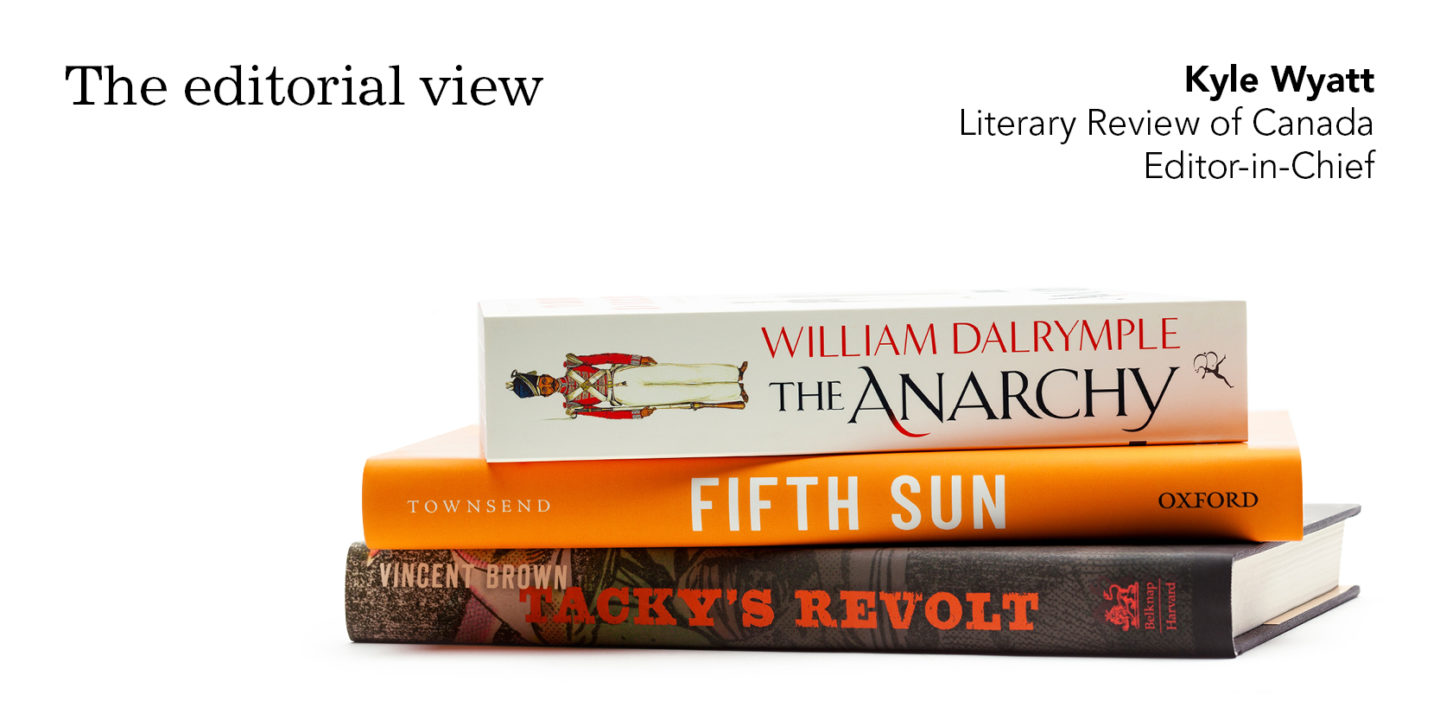 Thank you for visiting and celebrating our exceptional 2020 finalists with us!

The 2020 Cundill Lecture in History

in partnership with HistoryHit TV & the Timeline YouTube channel